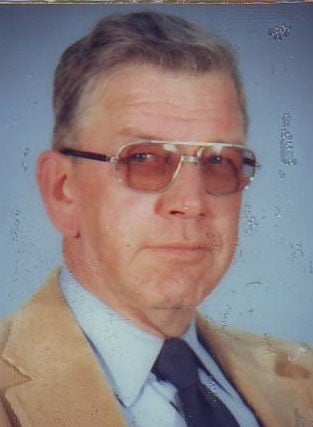 John Ross of Espanola passed away at the Espanola Regional Hospital on Sunday, November 12, 2017 at the age of 88 years. Beloved husband of the late Lillian (nee Hale) Ross (2015). Dear son of the late Ira & Grace (nee MacBeth) Ross. Loving father of Alvin Ross of Espanola and the late Waveline Ross (2014). Very dear brother of Maynard Ross of Ancaster, Ontario and the late Irene Parker, Ernie Ross & Christine Ross. John was a member of the Ontario Provincial Police serving for 35 years. A Memorial Visitation will be held at the Bourcier Funeral Home on Thursday, November 16th from 9:30 – 11 am followed by the Funeral Service with the Reverend Sandra Abuja officiating. Interment in the Espanola Cemetery. If so desired, memorial tributes may be made to the Canadian Diabetic Society or the Northern Cancer Foundation.