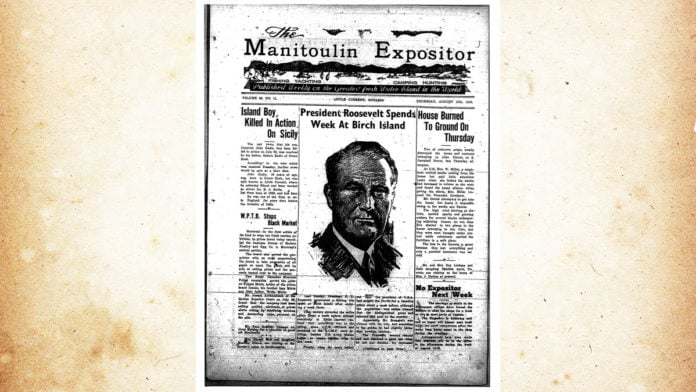 LITTLE CURRENT—“Johnny was a milkman in my home town, and I sing this song in his remembrance.”

Those are the closing words etched into an old, scratchy 78RPM record, sitting at the home of Ryan Charlton. The spoken-word conclusion comes at the close of ‘The Ballad of Johnny Eadie,’ a tribute to a Manitoulin Island man who paid the ultimate sacrifice for Canada during the Second World War.

There have been several versions of the song through the years, but the first version appeared in this newspaper some 79 years ago. In fact, the sole recording was thought to have been destroyed, but it survives to this day.

Mr. Charlton is one of the present-day keepers of ‘The Ballad of Johnny Eadie,’ a tale of sacrifice, heroism, brotherhood and remembrance. It all begins with a young man in Little Current nearly a century ago.

John Alexander “Johnny” Eadie was born on January 11, 1916, on the family farm in Saskatchewan. His mother died when Johnny was just four years old, and he lived with the Stringer and Becks families on Manitoulin during his teens.

Mr. Eadie would later become well-known in Little Current as the milkman, making his daily rounds to the townsfolks’ homes. He had enlisted in the army in 1935 for a three-year term, getting a discharge with exemplary character after his service in Canada.

As the Second World War broke out in 1939, Mr. Eadie followed the lead of so many fellow Canadians and enlisted once more.

“My grandfather told Johnny he could have stayed home to help with the farm and look after the kids. He said ‘no, Hitler won’t protect these kids, so I have to,’” remembers Rena Collins, whose late mother Alice was Mr. Eadie’s half-brother.

The ‘Famous Forty-Eighth’ has long been a well-respected military force. It formed in 1891 and continues to exist as a reservist unit in the present day.

On December 19, 1939, the First Battalion of the 48th Highlanders left Canada for training in England. In the midst of the training, the battalion went to support fighting in France, though they returned home in mere days after Paris fell to the Nazis.

Three more years of training followed. The battalion would then make a water landing in Sicily on July 10, 1943, as part of the successful Allied invasion of Axis-held Sicily.

“They fought hard and they won a lot of battles. The Italians just loved the Canadians,” Mr. Charlton says.

It took a six-week fight to eliminate the Axis Powers from the island, but it came at a cost. Mr. Eadie, now a corporal, died in action on July 23, 1943. Some 26,000 Canadians fought in this invasion, called Operation Husky, and 562 died.

Mr. Eadie died and was buried along the road to Agira, roughly one mile north of Assoro. In 1944, he was moved to the Agira Canadian War Cemetery. Mr. Eadie now rests there, overlooking a lake from atop a sweeping hill, on a much larger island than his Canadian home.

“The taxi driver brought the notice up to the Green Bush, where we lived, notifying us that John had been killed. That was the only time my mom ever saw her dad cry,” says Ms. Collins, Mr. Eadie’s niece.

Mr. Mills, the man from Little Current who enlisted alongside Mr. Eadie, used a pen to help cope with his loss. He wrote music and lyrics in tribute to his fallen comrade.

In 1943, The Manitoulin Expositor published the lyrics of ‘The Ballad of Johnny Eadie’ in remembrance of the soldier. Many versions have existed through the years, including a handwritten version that Ms. Collins and her sister, Angel Campbell, have saved, which belonged to their late mother.

After the war ended in 1945, Mr. Mills returned home. He continued working on the song and, when in Toronto, committed the ballad to wax.

In that time, visiting do-it-yourself recording booths was something of a novelty. For a fee (five dollars at the time, equaling more than $80 in 2022), one could visit a booth and get a single take to record their music. The result would be a one-of-a-kind 78RPM vinyl record.

Upon returning to Little Current, Mr. Mills gave the record to his sister—Mr. Charlton’s mother.

“When Mr. Mills brought it home, my mother wrote on it, what it was, the name of the song and whatever songs it had on the other side,” Mr. Charlton recalls.

Some years later, tragedy struck Mr. Charlton’s family through a devastating house fire. Many of the family’s belongings were lost to ashes, and his uncle’s record had also disappeared.

A young Mr. Charlton would later attend social gatherings at Little Current’s Reformed Church of Jesus Christ of Latter Day Saints, on Campbell Street. A favourite activity was for people to bring in their record collections, leave them at the church and take turns spinning vinyl albums into the evening.

Mr. Charlton was flipping through the collection when he found a record that was inside a mismatched sleeve, with his mother’s handwriting on the vinyl’s label.

“I brought it home and showed it to my mother. She said, ‘isn’t that something,’” says Mr. Charlton. “We figured, with the house gone, the record must have gone too.”

Mr. Charlton’s mother told the story of the record and the town’s famous milkman, then left the recording in her son’s care. He still has the record to this day.

“It’s not a common thing to have this. I keep it hidden away; I don’t want anything to happen to it,” Mr. Charlton says.

The 48th Highlanders happen to be well-known for music. That regiment’s pipe band played for the opening day of Maple Leaf Gardens in 1931 and has performed at every Toronto Maple Leafs home opener game since then. It has played around the world, including at military events and for royal visits.

Honorary Colonel Geordie Beal, of the 48th Highlanders Museum in Toronto, said he did not believe tribute songs were a common phenomenon. Occasionally, special events would have a song to commemorate them, but these rarely lasted long past the time of the event.

Mr. Charlton once digitized the record, which has become scratched and weathered over time. He sent it to a cousin overseas who attempted to clean up the sound and put it at the correct speed. Mr. Charlton has shared the recording, with a request to respect the family’s copyright of the file. It is posted alongside the online version of this story at Manitoulin.com.

Mr. Charlton says the record has no cracks, and he may see if the Centennial Museum of Sheguiandah wishes to hold onto the sole copy.

He says the musical tribute is more significant because of the tight connections in Little Current.

“It’s personal for everybody in a small town. Growing up with a milkman, then everyone gets called to war and the fellows go over with him,” he says. “That really hits home, to lose somebody like that who everybody knew. That’s what made him such a war hero.”

As Remembrance Day draws near, The Manitoulin Expositor has reprinted ‘The Ballad of Johnny Eadie’ once more, in tribute to one of the Island’s brave heroes who died while fighting for the country we enjoy today. Lest we forget.

With thanks to the Manitoulin Genealogy Club’s book ‘Remember Me’, which provided many details about Mr. Eadie’s life and military service.

Shared by Ryan Charlton with permission from the Mills family

It was on a winter’s day;

To the battlefield across the deep blue sea.

And then his heart was filled with light;

To be in the freedom fight;

And now his unit was the best;

As they withstood the battle test;

For in times they were to come against the foe.

And as they marched he had good faith;

In the Famous Forty-Eighth;

Those young Highlanders of Canada’s pride and show.

That this lad fell for his Manitoulin land.

And his duty had been done, in a battle that was won;

But young Johnny, did not live to see the end.

Now he lies on foreign soil;

Where Sicilians live and toil;

And his grave is marked there; ’ere you might pass.

He is gone by God’s command to a world unknown to man;

There, his cross stands as a symbol of his life.

(Spoken by Mr. Mills): “Johnny was a milkman in my hometown and I sing this song in his remembrance.” 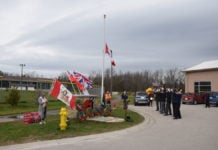 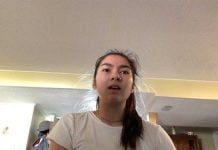 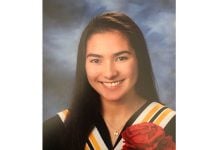 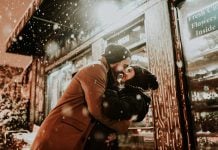 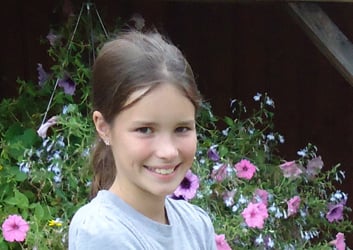