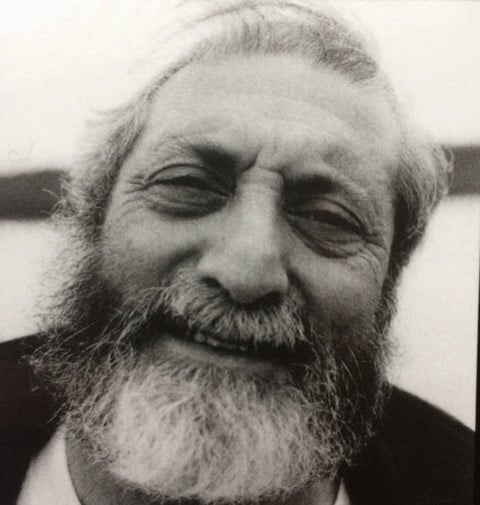 Joseph Gold passed away on January 13, 2018. Deeply saddened by the loss of our husband, father and grandfather, Dr. Joseph (Joe) Gold/Dad/Papa Joe/Zeyda, 84 years old. Predeceased by his mother Kitty Gold and his father Morris Gold, his sister Millie Gale, and his brother Bernard Gold. Joe leaves the love of his life, Brenda, and loving children Deborah Gold (Lorne Berman), Anna Gold (Tim Utting) and Joel Gold (Nuala Hillis), Naomi King (Wayne Greer) and Sarah King Gold (Mike Walsh) and grandchildren Micah (Emma Gold- Utting), Noam (Caitlyn Church), Rachel, Isaac, Jonah, Elijah, Leora, Ada and Fiori. Joe began his life in London England, where he experienced life as a scrappy bright boy, in a complicated and difficult period of time. With books and stories as companions and guidance, he determined early on to follow the path of Grey Owl. Joe launched his academic career as an English Professor at the University of Manitoba, in Winnipeg, where he raised his 3 children with their mother Sandra Gold. He then moved to the University of Waterloo as Chair and taught there until his retirement. He was a firm advocate of women’s equality in the department and profession. His teaching, writing and publishing, and his second career as a marriage and family therapist, were founded in his deep love of reading. It was in his founding of Bibliotherapy Canada, that Joe connected his great passions of books and helping others, in his efforts for Tikkun Olam. He wanted to help people to “read for their lives.” Joe chose his Canadian identity and eventually found his way to the north where he discovered his love of both Temiskaming and Manitoulin Island. He was a devoted ally of First Nations people, committed to acknowledging the abuse carried out in the residential school system and helping to heal the scars of colonization. He worked as a counsellor for the First Nations of Temiskaming. Papa Joe was clear that his strong Jewish identity formed the foundation for his fighting spirit (e.g. NO TOXIC WASTE!– to protect our water and the environment in the Adam’s Mine battle). His sense of humour, wit and full belly laughs, his quotes pulled from most favourite works appropriate to any and every circumstance, his love of food and cooking (including using every pot and pan in his kitchen), his commitment to social change, love of nature, the northern landscape and animals, his brilliant mind, deep respect for literature and love of learning, history, politics, art and music, will live on in all of his family. He was an articulate, engaging and powerful “force” whose absence leaves a profound hole in all of our lives. As Dickens wrote in his great wisdom, “We must never be ashamed of our tears.” May his memory be forever a blessing. Memorial Service on Manitoulin Island will be arranged and all will be invited to celebrate and honour the life of Joseph. “For oft, when on my couch I lie In vacant or in pensive mood, They flash upon that inward eye Which is the bliss of solitude; And then my heart with pleasure fills, And dances with the daffodils” — William Wordsworth Arrangements entrusted to Sudbury Park Lawn Cremation Services.