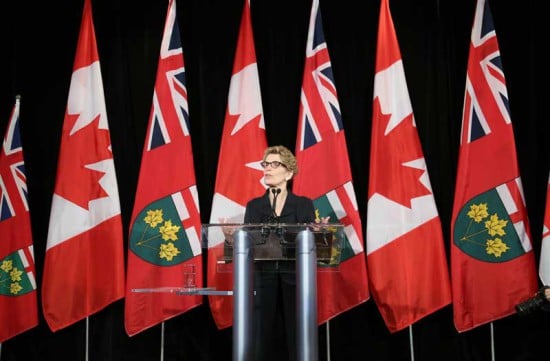 TORONTO––The storied confines of Maple Leaf Gardens in Toronto have played witness to the unfolding of many historic moments, usually involving the boys of winter, but this weekend a historic political event took place beneath its rafters as delegates to the Ontario Liberal Party leadership convention gathered to replace Ontario Liberal leader and Premier Dalton McGuinty. Those delegates chose to elect Kathleen Wynne to be Ontario’s first female premier over the course of three rounds of balloting.

A sense of history at this provincial Liberal convention came from another direction as well, as many long-time provincial Liberals voiced the opinion that this will likely be the last delegated convention––the movement to one-person-one-vote in selecting leaders of political parties is currently very strong across most sectors of the partisan electorate.

Okay, there is a third historic element in Kathleen Wynne’s win—she is the first openly gay premier—not that there is anything wrong with that, as everyone involved has been quick to say, often without explicitly saying anything at all. Ms. Wynne met the question of her sexuality head on early in the convention by addressing it in her opening speech––from that point on it became a non-issue.

Ms. Pupatello led on the first ballot with 599 votes, but came in just barely ahead of Kathleen Wynne’s 597 votes. Further back on the tally were Gerrard Kennedy with 281 votes, Harinder Takhar with 235 votes, Charles Sousa with 222 votes and bringing up the tail end was Eric Hoskins with 150 votes.

“It was an exciting day,” said former Algoma-Manitoulin MPP Mike Brown, who had declared early on for Ms. Wynne. “There was a good selection of delegates from Northern Ontario, including a fair number from Algoma-Manitoulin and the Island.”

Mr. Brown said that Ms. Wynne had garnered good support from all areas of the province. “I think it is important in that she is not beholden to any one region of the province,” said Mr. Brown. “But I am pleased that, in the end, I think the majority of our delegates from Algoma-Manitoulin voted for Kathleen.”

“It was an exciting time,” agreed Kagawong’s Joseph Gold, who originally travelled to the convention under the Kennedy banner. “I felt that we were really making changes, like we had broken the bonds of the backroom bunch.”

Mr. Gold said that this was his first Ontario political convention, although he was a campaign manager for Sydney Green in his bid for the NDP leadership in Manitoba several years ago.

The convention floor was a whirl of noise and drama, according to Mr. Gold. “There was sense of the winds of change in the air,” he said. “I do think that this will be the last delegated convention.” Mr. Gold said that the loss of the dynamics of the convention floor will not likely translate into a process centred in each person’s own living room. “I think that people will miss out on a lot of information,” he said. “There is a body language, a biological conveyance of information that you don’t get by pushing a button on a computer.”

The second ballot results put Ms. Pupatello well out in front, but there was already a sense of disquiet in her camp. The frontrunner had anticipated the support of Eric Hoskins when, as last place finisher, he dropped off the ballot. It was not to be, and the doctor then crossed into the Wynne camp even as Pupatello’s youth members were said to be set to rush the stage in celebration of his endorsement.

In an apparent attempt to build the momentum for Pupatello, 10 minutes later, Harinder Takhar announced that he was withdrawing in her favour, but it was too late at that point for his name to be withdrawn from the ballot.

Ms. Pupatello moved well ahead on the second ballot results, capturing 817 votes of the 2,077 up for grabs at this point, or 39.4 percent of the vote. Ms. Wynne slipped back to 750 votes and 36.2 percent of the overall vote. Mr. Kennedy held on with 285 votes or 13.5 percent, barely inching ahead by four votes, while Mr. Sousa slipped to 203 votes or 9.8 percent. Some 18 voters had not gotten the memo and stayed with Mr. Tahkar for .9 percent of the second ballot numbers.

This is when it really all went bad for Ms. Pupatello’s dream of taking on the reins of the premiership. First at 4:45 pm, Mr. Sousa led his delegates over to Ms. Wynne’s camp, followed 15 minutes later by Mr. Kennedy’s posse. At that point the end seemed clear, the final tally announced at 8:25 pm confirmed Ms. Wynne had won the contest with 57 percent of the vote.

Ranks closed quickly during the aftermath of the decision. Mr. Brown noted that he knew both frontrunners well and that he hoped Ms. Pupatello would run for the party and remain involved. Ms. Pupatello has reportedly dashed those hopes, however, announcing her permanent withdrawal from politics during an interview on CBC.

“Of course I am disappointed that my candidate didn’t win,” said Delroy Prescott, who went supporting Ms. Pupatello. “But Kathleen is a great candidate and I think she will do a very good job for the party and the province.”

“It was quite interesting,” said Kagawong’s Austin Hunt, a long-time Manitoulin Liberal. “I was headed out to do some snow-shovelling and sat down in front of the television and stayed there.”

Mr. Hunt said that he too knows both of the female candidates. “They are very different people,” he said, adding that the end in his mind was not in any way decided before the final few moments. “I did not know what Mr. Sousa was going do to about it. In the end he moved to Kathleen,” he said.

As for those on the other side of the legislature, the NDP has been far less bellicose than the Progressive Conservatives which launched a series of attack ads aimed at Ms. Wynne mere hours after the decision was known. Still, the new premier will have her work cut out for her.

“I know Ms. Wynne as being very prompt and professional in responding both as an MPP and as a minister,” said NDP Algoma-Manitoulin MPP Mike Mantha, but he added that there were a number of “very big red flags” for he and his party in the opening comments of the new premier, particularly in her commitment to move ahead on the work begun by the McGuinty government, but that he is looking forward to returning to the legislature soon.

“I made a commitment to go to Queen’s Park to work with the Liberal and the Conservative parties and work for the people of this province,” said Mr. Mantha. “I am looking forward to being called back. It is better for everybody.”

Mr. Mantha said that he has not been idle during the interim as the legislature was prorogued. “I have been meeting with community and business leaders in Algoma-Manitoulin and across the province in my capacity as critic for Northern Development and Mines to make sure I am on the right track for Algoma-Manitoulin.”

Unlike her rival Ms. Pupatello, who said she would keep the legislature out until she had secured a by-election win to take her seat in the house, Ms. Wynne indicated that she would bring the legislature back at the first opportunity.

The Tories’ radio attack ads noted that Ms. Wynne was part of a government that brought Ontario the ORNGE air ambulance, eHealth, and gas-plant cancellation scandals. “The past is not going to go away,” said North Bay Progressive Conservative MPP Vic Fedeli, echoing the tack taken by the attack ads. Adding that “she sat at the cabinet table during these missteps.”

But for Mr. Gold, Ms. Wynne’s win was all good. “She is one of the most authentic people in politics I have ever met,” he said. “She doesn’t waste time playing a role or playing games. She talks from the heart all the time. That for me is something new.” 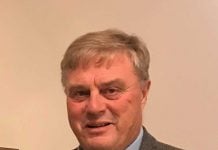 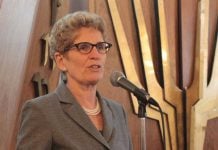