OTTAWA – The shocking dismemberment of Laurentian University’s programs and staff is a devastating blow to the people of Northern Ontario and Canada, say two Northern MPs.

Charlie Angus and Carol Hughes point out that Laurentian opened the doors for generations of francophone, Indigenous and anglophone youth from the north. This university played a key role in stemming the endless outmigration of youth. They are calling on the federal Liberals to work with Northern leaders to address this issue.

Algoma-Manitoulin-Kapuskasing MP Hughes says the loss to the francophone community of the North will be immense. “Laurentian is one of the key national learning institutions for francophone studies. It is appalling that this public institution is being torn apart under the Companies’ Creditors Arrangement Act. The bankruptcy act is something you use against a failed company. It’s not what you use to take apart a key learning institution.”

More than 100 faculty members are being let go and key programs in French studies, midwifery, history and economics are being trashed.

MP Angus is calling out the silence from the Northern Liberals. “It wasn’t surprising that (Premier) Doug Ford has shown such indifference to one of the most important institutions in Northern Ontario, but it’s disheartening to see the federal Liberals sitting on their hands and acting like there’s nothing that can be done. This is the only university with a tricultural mandate to support French, English and Indigenous communities. Why is the Liberal caucus of the North refusing to stand up?”

With the loss of the French studies department, it is unlikely that this important mandate can be maintained. 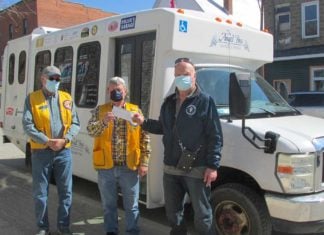