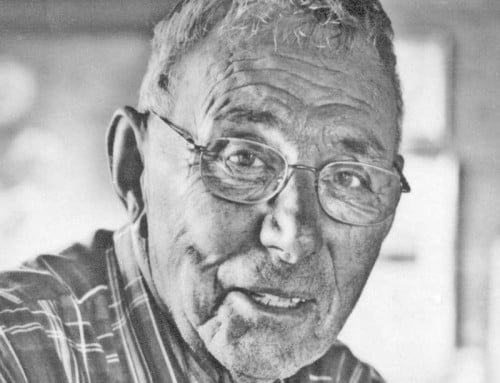 In loving memory of Laurier Charles Joseph Low, 79 years, who passed away on Sunday, September 23, 2012 at his home. Beloved soulmate and best friend of Catherine “Kay” (Delamorandiere) Low for 56 wonderful years of marriage. Loving father of Murray (Maureen), Denise (Michael Zuefle predeceased), Charles, Grace (Richard Lalande predeceased) (Raymond Martel), Albert (Tracey), Kathy (David McDevitt) and Bill (Julie). Cherished grandfather of 14 grandchildren and six great-grandchildren. Dear son of William and Edith Low both predeceased. Dear brother of Mary Willo (Bob Phillips), Justin (Grace), Lawrence (Fran) and Josephine predeceased (Will Stefureac). Sadly missed by many nieces, nephews, extended family and friends. Laurier was born and raised in Killarney, Ontario. As a young teenager, he went to St. Michael’s College in Toronto, where he received his secondary school education. He was involved in various athletics while he was a student there. After graduation, Laurier returned to Killarney and worked for a number of years with his father and uncles as a commercial fisherman. He married Kay Delamorandiere in July of 1956 and together they raised a family of seven wonderful children. After leaving his work in commercial fishing, Laurier worked at the Ministry of Transportation (Highways) for several years, retiring as Superintendent in 1993. Laurier was committed to his community and served it in many capacities. He was a councillor, reeve, and mayor. He attended many meetings across Northern Ontario for Killarney and was a strong advocate for the home he loved so much. Laurier also served as a Lay Minister for St. Bonaventure Church and led Communion Services regularly. One of the greatest loves of Laurier’s life was his boat, “The Fatima”. Along with his first-mate, Kay, many happy hours were spent cruising the waters around Killarney. He loved nothing more than spending time as captain of his ship, while those he loved sat behind him on the deck taking in the sights. Picnics on the rocks, a stop at the Fox Islands, swimming in the bays, dropping a fishing line to catch some perch and the familiar sound of The Fatima’s horn are memories cherished by family and friends everywhere. Fish fries in the backyard on Commissioner Street were a time of laughter and love, as family members gathered to enjoy the best fish in the world, cooked to perfection over an open fire. The example that Laurier and Kay have provided to their family will live on for years to come. Rest in peace, dear Laurier. Rested at 67 Commissioner Street, Killarney. Friends called from 2 pm to 9 pm on Wednesday, September 26, 2012. Funeral Mass was at the St. Bonaventure Church, Killarney on Thursday, September 27, 2012 at 11 am. Interment in All Saints Cemetery, Killarney. In lieu of flowers, donations to Killarney Health Center or St. Bonaventure Church would be appreciated. Arrangements entrusted to the Lougheed Funeral Home.