LITTLE CURRENT – The sun was shining bright over Little Current Public School (LCPS) this past Friday as scores of purple-clad students gathered to mark Cystic Fibrosis (CF) Awareness Day and learn about the condition from their friend and classmate Ben Buzzell.

“I like that so many people are taking part in it; I’d like people to know about cystic fibrosis,” said Ben.

Ben was diagnosed with CF at age three. CF is a genetic disease that causes the lungs to produce thick mucus that they cannot effectively remove. These build up and block the airway, leading to steadily decreasing lung function.

It also leads to the loss of key digestive enzymes, meaning the body cannot absorb nutrients without taking special pills to encourage their intake, which leads to rapid weight loss. CF can also lead to complications such as diabetes and lung infections.

The event began with an assembly in the gym where students learned about what living with CF is like and watched a video that dispelled some common myths and misconceptions about the condition.

Following the video, LCPS principal Christy Case introduced Ben who talked about the pills and devices he uses daily to keep his lungs functioning as best they can. He then fielded a large number of questions from curious students who wanted to get a better sense of just what living with CF means.

Students were requested to wear purple in support of CF awareness and Ben even dyed his hair purple. They were also encouraged to bring in a dollar for CF fundraising—the school of 330 students raised $253 during the day.

Ben and his dad Zak Nicholls had been working to set up a CF awareness event at Ben’s school for quite some time. They also requested support from Northeast Town council to help advocate for public coverage of Orkambi, the expensive medicine that would improve Ben’s condition.

Orkambi costs $250,000 per year for each patient but clinical trials have shown it to improve lung function, reduce lung infections, reduce hospital visits and increase patients’ Body Mass Index, all of which increase survival rates. It also slows down the rate at which CF progresses.

Last month, the Northeast Town voted to make May 17 CF Awareness Day in the entire township as well as writing a letter of support to the Ontario Minister of Health and Long-Term Care in favour of Ben being covered for his Orkambi.

Northeast Town Mayor Al MacNevin was then invited to attend the school event, alongside Algoma-Manitoulin MPP Mike Mantha. While taking a walk around the block behind a CF awareness banner created by Ms. Tilston’s Grade 2/3 class, Mr. Mantha reflected on the meaning of the day.

“It’s pretty incredible to think of what Ben goes through every day. He’s got a whole lot more that he’s got to think of than others,” Mr. Mantha said. “He shows such poise and is so knowledgeable.”

Mayor MacNevin said he had invited Ben and his dad to come back to a council meeting and speak to the councillors and better explain his condition.

“There’s so many kids with different diseases that get held back because they can’t get funding for their medications. How can 4,000 people in Canada have this and there not be any funding?” said Mayor MacNevin.

Ms. Case said the school had been in talks for months with Ben’s family as to the best time of the year to host the event and what activities it should involve.

“It’s nice to have a student in our school that we can recognize and who can educate the students. Kids, lots of times, can’t get a good understanding of a condition unless they see it,” she said.

LCPS students were taking part in track and field events all day. This offered a natural entrance to an activity that highlights some of the impacts of CF.

Ben’s lungs only function at about 70 percent of their full capacity. To demonstrate this, the school organized several small sprints with Ben, during which he started about 30 percent past the starting line. Against the older age groups especially, the results were tight. The heats may have been even closer if Ben was not the athletic dynamo he is—he came in third place in a 1,500-metre race held earlier that morning.

“I probably could have done better if I didn’t race in the morning,” he said.

Ben added that he was happy to see the mayor and provincial parliamentarian present for the day.

“It shows that they care. Hopefully they’ll stand up for my cause,” he said.

Ben’s family has recently applied for special funding for a different drug called Pulmozyme, one that comes in at 1/10th of the cost of Orkambi. It does not feature all the same benefits as the more expensive drug but it has improved his lung function slightly.

Mr. Nicholls says they are hoping that the drug will be covered, but they have not received any news of the sort yet. 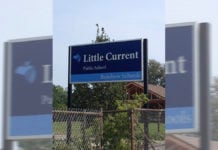 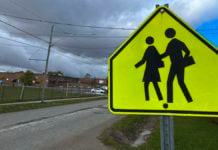 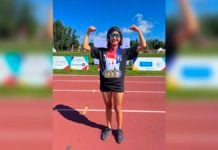 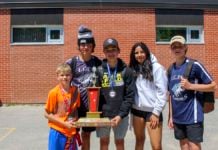 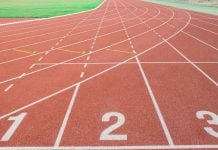 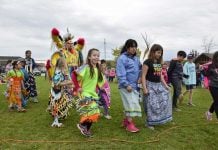 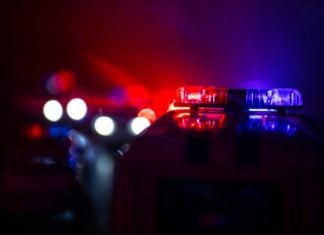