I refer to the article by Local Journalism Initiative Reporter Lori Thompson in the February 17 edition of this paper concerning extreme weather events (EWE) and the damage caused (‘2020 insured damage from severe weather tops $2.3B in Canada,’ Page 1).

Here are some quotes from the article: “Riskier to insure as the risk of more frequent and severe weather events increases”; “Climate change seems to be making water levels more erratic because of the storms”; and “Responding to the increasing frequency and severity of natural disasters due to climate change.”

To begin, I would like to point out once again that when looking at EWE damages over time, the data needs to be normalized. In other words, to compare an event in 1926 to an event in 2021, it is necessary to adjust for the time value of money and for the value of the infrastructure subjected to the EWE. I use the year of 1926 since that is the year of the Great Miami Hurricane which caused $76 million of damage. Normalizing the losses results in a cost of $200 billion were it to hit in 2021.

In addition, the issues of detection and attribution need to be clear and understood. In order for research to show that disasters have become more costly because of human caused climate change, several criteria must be met. First, there must be a detectable increase in either the frequency or intensity of EWE. Second, any detected increase in frequency or intensity must be attributed to human causes.

The main EWE’s causing property damage are windstorms and floods. There are five main peer-reviewed studies that look to disentangle the social and climate factors that may underlie loss trends. All five reached consistent conclusions and Munich Re (mentioned in the Thompson article) were associated with several of the studies. Here is a brief summary of the results: Societal change and economic development are the principal factors for an increase in losses. Attribution of trends in storms and flood losses to increasing greenhouse gases unlikely to be answered in the near future.

And what does the Intergovernmental Panel on Climate Change (IPCC) have to say? I quote from the 2012 and 2014 reports concerning EWEs: “Economic growth, including greater concentrations of people and wealth in periled area and rising insurance penetration, is the most important driver of increasing losses … Loss trends have not been conclusively attributed to anthropogenic climate change; most such claims are not bases on scientific attribution methods.”

It seems quite clear that there is no scientific evidence to support claims of increased frequency or intensity of EWEs. the studies are there for anyone to see. So why do we continuously see reports in the media contrary to the evidence? They either do not take the time to research the issue or there is a narrative to push. My guess is the latter.

Note: most of the specific information contained in this article are taken from a book by Roger Pielke Jr. entitled ‘The Rightful Place of Science: Disasters and Climate Change.’ 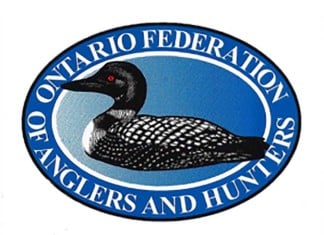