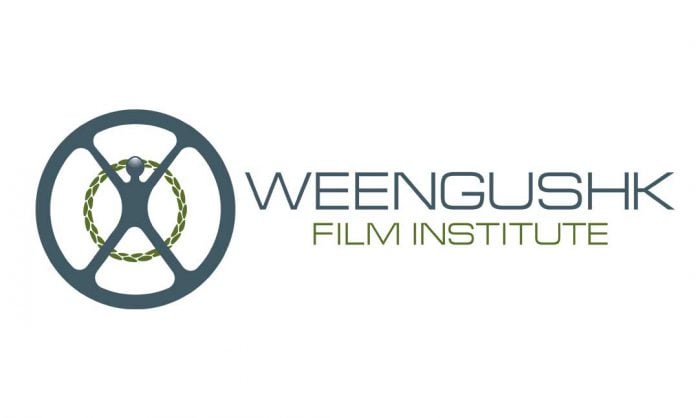 M’CHIGEENG—Weengushk Film Institute (WFI) has come a long way from its nascent beginnings as the dream child of storied Anishnaabe actress and filmmaker Shirley Cheechoo. WFI is celebrating its 15 year of operations with a film festival and gala starting Friday, July 13.

“We are very excited about the incredible progress our students have made and where we are today,” said Ms. Cheechoo, who took on the role of chancellor of St. Catharines’ Brock University last year. WFI is currently affiliated with Brock and the film institute offers an accredited course in conjunction with Brock.

The Friday agenda begins at the AOK Four Directions Complex at 5:30 pm with Pat Cheechoo serving as master of ceremonies and welcoming remarks from Aundeck Omni Kaning Chief Patsy Corbiere and an opening prayer by elder Sally Recollet and an honour song performed by Vern and Karen Cheechoo.

The Friday keynote address will be provided by M’Chigeeng Chief Linda Debassige and WFI board chair Scott Henderson will be delivering a speech before a screening of the Taylor Sheridan film ‘Wind River.’ The film will be followed by a 15-minute question and answer session before things kick into celebratory gear with a wine and cheese reception (wine sold and cheese served) as comedienne Lisa Wesley performs.

Also performing during the evening will be Matthew Manitowabi and Vern Cheechoo, followed by music courtesy of DJ Blake (Debassige).

Saturday will see events take place at two venues. In AOK, the day will start off at 10 am with a screening of five short films created by WFI students, each 10-minute film followed up with a short Q and A session with the students, followed by a break and then another five WFI student shorts.

The afternoon session on Saturday will start at 1 pm with a screening of ‘The Road Forward’ by Maria Clements and then an acting workshop with Jennifer Podemski.

At 4 pm Shirley Cheechoo’s feature film ‘Moose River Crossing’ will be screened, followed by a question and answer session with Ms. Cheechoo herself.

Saturday will be topped off with a screening of ‘Rumble: Indians That Rocked the World,’ a film by Catherine Bainbridge and Alfonso Maiorana at 7:30 pm, again followed by a question and answer session.

At the Ojibwe Cultural Foundation (OCF) a screening of the Nathanial Arcand film ‘Sister, Daughter’ will take place, followed by a question and answer session. At 10:40 am Alex C. Munoz’s ‘Strength of Siblings’ will take to the screen, followed by screenings of Christopher Auchter’s ‘Mountain Sgaana,’ Crystal Shawanda’s ‘Pray, Sister, Pray’ and ‘Birth of a Family’ by Tasha Hubbard and Betty Ann Adam. Neil Debassige’s Outdoor Series will be explored at around 2:30 pm before a 4 pm workshop on ‘Culture’ provided by the OCF.

The red carpet will start at 2 pm, presenting the filmmakers, actors and entertainers attending the film festival before the opening remarks by Vern Cheechoo, who will again perform as master of ceremonies.

Then its time to tuck into dinner, catered by Hiawatha’s.

The evening gala will be capped off with closing remarks by Nathanial Arcand and then performances by award winning Plex and Crystal Shawanda. DJ Blake (Debassige) will finish out the evening’s entertainment.