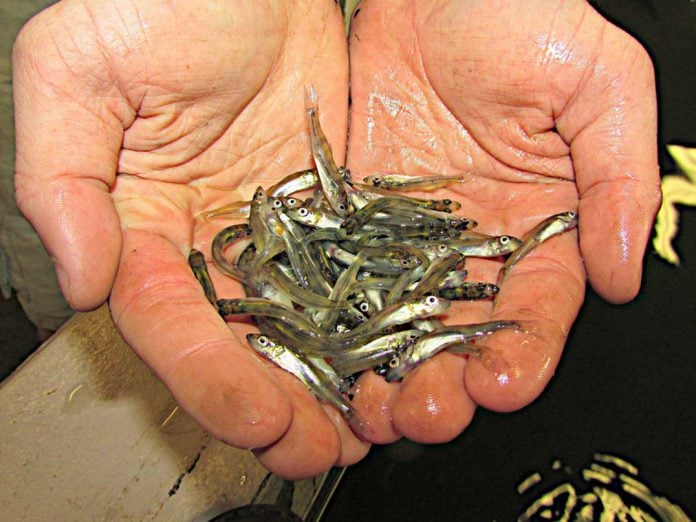 SHEGUIANDAH—Members of the Little Current Fish and Game Club (LCFGC) met in December with the newly-elected chief of the Sheguiandah First Nation over the club’s concerns regarding the netting of walleye during the spring spawning season. Both the chief and members of the club describe the meeting as productive and have agreed to work together to protect the resource.

Chief Aguonie said that he intends to use a traditional approach to dealing with the issue. “I think the missing piece is the connection,” he said. “We can put out all the BCRs (band council resolutions) we want, that isn’t going to make the changes. If you try to force people, they will still do it.”

Chief Aguonie said that his approach will involve speaking to individual harvesters and convince them to become part of the solution.

“We need to get past this ‘us and them’ mentality,” he said. “We are all in this together, we all share this land and we share the resources, we all have a responsibility to protect and preserve those resources.”

Chief Aguonie agreed that much of the disconnect between the traditional responsibility to protect resources for the next seven generations and some of today’s harvesting practices can be traced to the impact of the residential school system on traditional values and culture. “I think there is some truth in that,” he said. Chief Aguonie said that he was confident that the solution to concerns about spring netting will be resolved by traditional means, rather than attempting to impose rules.

In a message to club members, LCFGC President Bill Strain reported that “on Tuesday, December 19, I, along with Doug Wuksinic and Marcel Gauthier, attended a meeting at the Sheguiandah First Nation band office to discuss spring Native netting in Pike Lake, Bass Lake and the Sheguiandah Bay area.”

“Chief Andy Aguonie started the meeting, indicating that he has given a lot of thought to the problem of netting during the spring walleye spawning season,” wrote Mr. Strain. “His approach to the problem is that it makes no sense to forbid them from doing it because they will just continue. Therefore, his approach is to talk to the individuals directly and explain to them the harm they are causing to the walleye population. He (said he) feels this approach would be more effective. Chief Aguonie explained that his message to his band members is that we have to start thinking as one, not as us and them. We can achieve great things if we take this path.”

Mr. Strain said that he felt that Chief Aguonie was on the right path. “My feeling is that he is taking the right approach,” he wrote, going on to note that the club’s delegation presented the band with a handout that included pictures illustrating the club’s activities.

“This involved our educational program, plus egg collecting, hatchery operations, pond management and stocking program,” he said. “On behalf of the club we extended an invitation to Chief Andy and members of his band to join us next spring. We will follow up on this at the appropriate time. Overall I feel it was a very good meeting and I would like to thank Doug and Marcel for their support and input.”