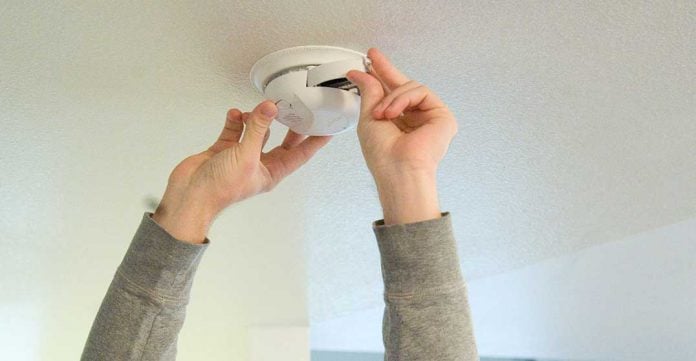 GORE BAY—A local fire chief says his and other fire departments on the Island support a call from Ontario’s fire service leaders, supporting to put an end to fatal fires by following simple and life-saving fire prevention strategies at home.

Both the Ontario Association of Fire Chiefs (OAFC) and Ontario Fire and Life Safety Educators (OFLSE) are calling on Ontarians to ensure they have working smoke and carbon monoxide alarms (CO) in their homes. Every family and household should create and practice a home fire escape plan, as well as a back-up escape route. OAFC and OFLSE emphasize there is no excuse for not having proper detection.

“We definitely support them (OAFC) and (OFLSE),” stated Mike Addison, fire chief of the Gore Bay-Gordon/Barrie Island Volunteer Fire Department. “Fire prevention is always in our focus work for instance when we go into schools to talk to students.”

After a series of fatal fires in Ontario, chief fire officers and public educators across the province are pleading with their communities to put an end to further tragedies by following simple and life-saving fire prevention strategies at home.

A January 8 fire in Oshawa claimed four people’s lives, including two children. Upon investigation, the Ontario Fire Marshal’s office determined the house had no working smoke alarms. This happened days after a fatal fire in Tottenham on January 1, which killed one person and injured two others, and two more people perished in an early morning fire in Brighton on January 10; the presence of working smoke alarms is still being investigated for both incidents. All this occurred in Ontario only a week after a massive blaze in the Bronx-the deadliest New York City fire in more than 25 years, which resulted in the death of 12 people, four of whom were children.

“We’ve only just entered 2018, yet multiple Ontario communities have been rocked by fire fatalities. These are preventable tragedies. It’s unacceptable to us as a fire service,” said Chief Stephen Hernen, president of OAFC. “Fire fatalities are heartbreaking for everyone involved, from victim’s families, to firefighters responding on scene. We, Ontario’s fire service leaders, urge everyone to take the proper measures to prevent a fire at home. Only working smoke alarms can save lives.”

The OFLSE a committee of the OAFC, agrees. “It’s not enough to say, ‘four lives were lost in Oshawa’,” remarked Ajax Fire and Emergency Services Chief Fire Prevention Officer Kevin Vaughan, who is also the OFLSE Chair.

Mr. Vaughan continued, “people need to know that a fire killed 50-year-old Steven MacDonald. The same fire killed Lindsey Boncheck, a 36-year-old-mother, and her nine-year-old daughter, Madeline. Lindsey’s four-year-old son, Jackson, was pulled from the home, but did not survive. Imagine, for a moment, someone telling you that your loved ones didn’t survive. Imagine, for a moment, standing at the curb and knowing that your friends or family are still inside.”

Chief Hernen adds, “every household must be vigilant about fire protection. The alarm industry has come up with multiple, handy products, such as 10-year sealed battery alarms, smoke/CO combination units and alarms with hush features. There are many home fire prevention solutions on the market, and all of them can save your life.”

“Stats are showing that fires spread faster, as there are more toxic fumes in furniture,” said Mr. Addison. He pointed out carbon monoxide is colourless, odourless and tasteless.

Mr. Addison noted as well the Ontario’ fire service leaders are also advocating for all new homes to have sprinkler systems within them. “This can give a family time to get out, the sprinklers may be able to extinguish the fire or at least keep a fire at bay until the fire department can be on scene to put it out.”

Smoke and CO alarms expire, so ongoing maintenance is required. An expiry or manufacture date is printed on every alarm unit. Smoke alarms more than 10-years-old, and CO alarms five- to seven-years-old, must be replaced. All alarms should be tested monthly, with batteries replaced at least once a year.