GORDON—There was some great golfing played at the annual seniors open golf tournament held at the Manitoulin Island Country Club (MICC) in Gordon/Barrie Island on August 15.

“First of all, I would like to thank everyone for coming out today to participate; to enjoy the beautiful weather and the golf course,” said Dan Marois, master of ceremonies for the awards ceremony, held after the 18 hole two person best ball format tournament.

“Thanks to Myrna (Thomas) and her kitchen crew and Dave Carr and his grounds crew for keeping the course in such good shape,” said Mr. Marois. He presented several special prizes for the tournament, including the award for having the shot closest to the beer box, won by John Garrett, and the men’s and ladies’ longest drives won by John Windsor and Sheila Bray, respectively. The men’s closest to the pin award went to John Garrett, and the ladies’ closest to the pin prize was won by Allison Idle.

In the ladies’ division, the team of Sheila Bray and Allison Idle took first place with a score of 79. The mixed division saw the Norma and Gary Ense team take top spot with a score of 81.

There was a four-team tie for first place in the men’s division. The Bill Baker and John Garrett team, along with the Bill Temple and Peter Fletcher team, the Cam McLeod and Mike Perry and Andy and John Windsor teams all finished in a tie for first place, with a score of 75 each. 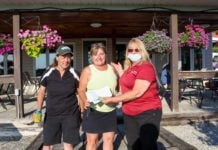 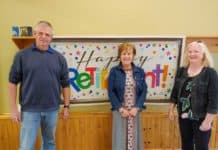 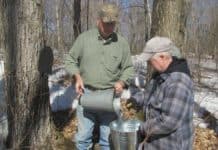 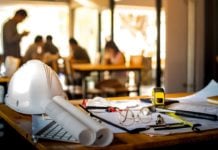 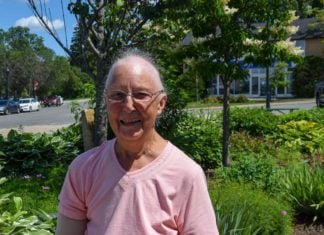