SUDBURY—At least 10 Manitoulin residents walked or ran as participants in the annual CIBC Run for the Cure breast cancer fundraising event held at Cambrian College in Sudbury, this past Sunday.

“It ends up being such a beautiful day, with families, individuals and groups on hand,” said Mary Buie, of Kagawong (herself a breast cancer survivor). Ms. Buie, along with eight other fellow members of the Burns Wharf Theatre Players, were participants in the event. The group took part in the five kilometre walk.

Also representing Kagawong and the Island was Heather Theijsmeijer, who told the Recorder, “I run as an individual (five kilometers) and did well this year. My goal going in was to raise $1,500 for breast cancer research and I was able to raise just shy of $1,600 thanks to tremendous community support.”

The Run for the Cure celebrated its 20th anniversary this year and Ms. Theijsmeijer has now taken part for the past eight years. She pointed out that tremendous community support over the years has helped her raise about $10,000 over the in total.

“Every little bit helps and I have some friends like Mary Buie who are breast cancer survivors who I run for,” said Ms. Theijsmeijer. She pointed out both her grandmothers and friends of her mother had cancer.

Along with Ms. Buie, other members of the Burns Wharf Theatre Players group to take part included Peter Baumgarten, Rachel Gulyas, Rachiel Hartmann, Allison MacNeil, Jocelyn Kuntsi, Ryan Carter, Ariel Abulafia and Christianna Jones. “We raised $1,645.20 online as a team, $1,800 with cash donations,” said Ms. Buie. Out of that amount, Ms. Buie alone raised about $1,000. She pointed out the Island Singers have been very good to support the local group in the run every year as well as Manitoulin Midwifery. “We are very grateful for all their support, as well as from individuals.”

“It was the best weather we have ever had for the walk,” said Ms. Buie. Approximately 380 people took part in the run in Sudbury, with about 60 of that number themselves cancer survivors.

“Our group always does the five kilometre walk,” said Ms. Buie. “The CIBC Run for the Cure stretches across Canada on the first Sunday in October.” So do the Buie family’s efforts, as daughter Jen took part in the run in Calgary on Sunday while her son Neil and family took part in a similar event in North Bay.

“Every year, as participants who register, we get t-shirts. Survivors get shocking pink shirts and there are lots of volunteers to cheer us on and provide us food and water.”

“There were lots of people running in memory or someone or for a survivor of breast cancer,” continued Ms. Buie. She pointed out the shirts the participants wear reveal how long those with cancer have survived the disease. There is a wall where participants can write the name of the people they are running for. “It is  very powerful

and has a lot of meaning,” she said.

“It is just a fun thing to do and run-walk for a great cause,” said Ms. Buie.

“It was a great year, usually it is cold on the day of the run, but this year the weather was gorgeous,” added Ms. Theijsmeijer.

This year more than 85,000 Canadians in 56 communities raised an astounding amount of more than more than $17 million. 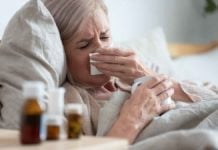 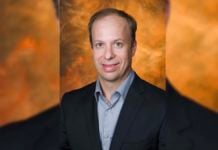 Jeff Smith appointed as board chair of Cambrian College