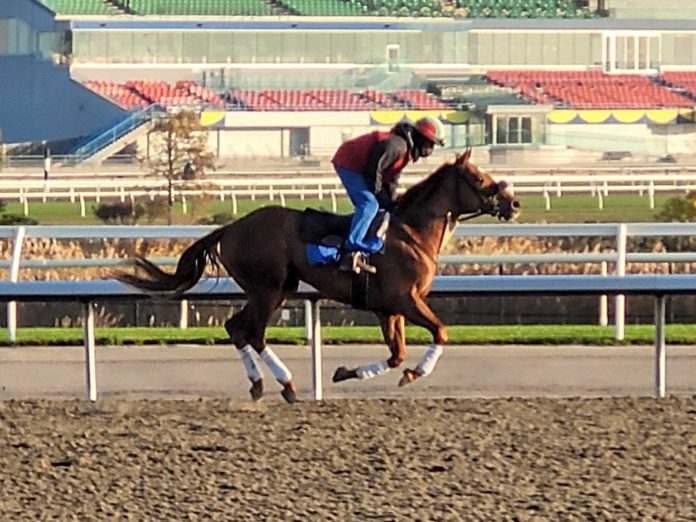 MANITOULIN—It will be next season at least before Manitoulin Island thoroughbred racehorse Clive Cross will make his racing debut.

Clive Cross was supposed to be taking part in a race at Woodbine Racetrack in Toronto earlier this month but became a ‘scratch’ for that first professional run.

However, Steve Doane, who along with Mark Varey own and have raised Clive Cross on Manitoulin, told The Expositor, “This was our second false alarm. Because he is maiden, trainer Christa Cole Simpson was looking for a specific type of race to enter him in. The race did not have enough entries for Friday, so it was shelved.”

However, of much more concern, “Clive has come up with an injury in the meantime. We had to shut him down for the year. He did something to his tibia. We are told it’s a somewhat common injury and they usually make a full recovery. He goes on five weeks of stall rest. Then he starts training again in February.”

“The racing season opens in late April so hopefully he runs in May,” said Mr. Doane. “Welcome to the world of thoroughbred horse racing.”