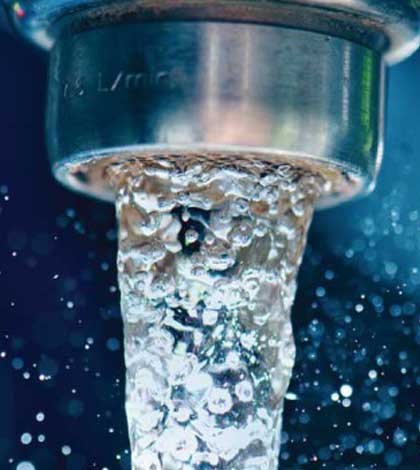 This is a celebration that Canadians, and the people of Manitoulin represent a microcosm of the nation in this regard, must not take for granted; we must be thankful daily, not just annually for the natural blessings bestowed on us.

A particularly important aspect of this, our abundance of fresh water, was made clear a week ago when a phone-in message was left on the local CBC Sudbury radio station’s answering machine.

The caller disputed Manitoulin Island’s longstanding claim to be the largest island in fresh water in the world, instead attributing this distinction to the fluvial island (that means it’s comprised of river sediment) of Marajo located at the mouth of the Amazon River, in Brazil, where it empties into the Atlantic Ocean.

That means, one would think, that the residents of Marajo can indeed celebrate the fact that theirs may indeed be the largest sedimented island surrounded by brackish water and there is nothing wrong with that.

But the people of Manitoulin Island in particular and Canadians in general can, and should, give thanks for the fact that one of the great resources of our country is its abundance of fresh water, a commodity that sustains and even defines us, in contrast to many other nations, 365 days of each year.

The water that surrounds our own particular largest freshwater island is clear, is usually drinkable without elaborate filtration mechanisms and supports both commercial and sports fisheries that produce kitchen-ready products that we do not have to worry about consuming.

Aren’t these significant things to celebrate this Thanksgiving Weekend?

We believe they are and just as we are blessed with the fresh water that we can scoop out of Lake Huron, the North Channel, Georgian Bay or any one of our 108 inland Manitoulin lakes with our cupped hands and use to refresh ourselves in the way humans have done since time immemorial, so it is our corresponding responsibility, as individual citizens of Manitoulin Island and of Canada, to understand our enormous collective responsibility as stewards of this precious resource.

About 20 years ago, a company announced it had acquired (or was about to acquire) tanker ships it was going to use to pump out and haul away for resale huge volumes of Great Lakes water.

Because such a thing had not previously been proposed or considered, the notion was technically legal on the grounds that there were at that time no regulations forbidding such an activity.

That rapidly changed and the government in Ottawa quickly legislated against such wholesale removal of Great Lakes water, as did the United States government.

But it was a wake up call to the fact that what nature has bestowed on us to look after is coveted by others.

In time, doubtless sooner rather than later, there will be more and more demands by other nations on the resource that virtually all Canadians take for granted.

This will, in some situations, force questions of ethics: do we share bulk amounts of our water with other regions of the world that are in crisis and where, as a consequence, people are suffering? How much do we share and for how long?

Most Canadians’ first response to the taking of our fresh water by others is ‘hands off!’ Such a response, though, on any number of grounds may prove impractical if not mean-spirited and so it’s predictable that, in time, this will prompt a major political debate on the issue.

Nothing ever remains quite the same, as demonstrated by our own Great Lakes’ up and down water levels that have been so much in the news over the past decade and which will most certainly and appropriately influence both citizens, politicians and policy makers considering requests to divert or otherwise move even more water out of Lake Huron or any of the other Great Lakes.

Manitoulin people, because their homeland is defined in such a particular way, “the largest Island in fresh water in the world,” are more than most Canadians reminded of this natural asset.

This has been stated as part of the front page flag of this newspaper every week since 1939, so that’s several million prominently printed reminders right there.

In addition to giving thanks for this lifegiving blessing, the people of Manitoulin can assume the responsibility of leadership, each person in their own way, for the continuing protection of Canada’s fresh water.

It is not a coincidence, by way of example, that the person who conceived of and leads the annual “water walks” around all Great Lakes beginning in 2003, continuing to the present, by way of demonstrating the importance of safe and clean water is a person originally from Manitoulin Island, from Wikwemikong: elder Josephine Mandamin.

Once again, happy and thoughtful Thanksgiving.