MANITOULIN—In an emergency meeting of the Manitoulin Centennial Manor board yesterday (Tuesday, December 1), called by board Chair Paul Moffat, the board reviewed the 2016 draft budget and decided to eliminate the reduction of 21 personal support worker (PSW) hours.

“When looking at our budget throughout the process we decided to make a small reduction in staffing hours,” explained Manor Administrator Michelle Bond. “To be prudent, we notified the affected staff and union. Fortunately, the board was able to make some adjustments to the (2016) budget yesterday so that we no longer have to (reduce staff hours).”

As The Expositor reported, as of press time Monday (November 30), the Manor had sent notices to PSWs at the long-term care home notifying them that there would be a 21 hour reduction to PSW hours at the Manor as of January 18.

Mr. Moffat told The Expositor Monday that the reduction of hours was not “set in stone” as the 2016 budget had not been passed by the board.

The board will review the 2016 draft budget further at its next meeting later this month.

“We respect and value our employees,” concluded Ms. Bond, “and we are committed to providing quality care to our residents.”

MANITOULIN— Personal Support Workers (PSW) at the Manitoulin Centennial Manor could see 21 hours a week cut effective January 18 due to changes reflected in the 2016 Manor budget.

“We learned that PSWs at the Manor received notification that 21 hours a week of scheduled PSW hours would be cut effective January 18,” Stephanie McLennan, Canadian Union of Public Employees (CUPE) local 2165 president, told The Expositor on Monday. “We had a consultation with them (Extendicare, the company that manages the Manor) to make us aware of the cuts. Normally we have brainstorming sessions and try to come up with a solution together. They told us they were forced to make the cuts due to financial issues.”

“They (Extendicare) said in your paper that cuts in the (proposed 2016) budget wouldn’t have a direct affect on residents, but cutting 21 hours of PSW hours will significantly effect resident care,” continued Ms. McLennan, referencing the Wednesday, November 26 Page 7A Manitoulin Centennial Manor Minutes that state, “He (Dave Ross of Extendicare) also reviewed a few small cuts that would be reflected in the 2016 budget, but that Extendicare was confident the cuts wouldn’t affect patient care.”

“How are the residents’ needs going to be met if PSW hours are cut?” questioned Ms. McLennan. “We have been in contact with the employer to figure out other options—to come up with another solution. We learned that the other cuts being made to staffing are very minimal. The biggest bulk of resident care is by the PSWs. We (CUPE) actually have an ongoing campaign to increase PSW hours by four hours a day. This cut is doing the opposite and leaving residents vulnerable and with unmet needs.”

“This change is very stressful to staff,” concluded Ms. McLennan, “and is threatening the quality of care of the residents.”

“The 2016 budget isn’t final yet,” said Mr. Moffat. “I have called an emergency meeting of the board for tomorrow morning (December 1) to discuss this. I am hoping to avoid this cut and find another way.”

“I don’t want this to happen and we will do whatever we can to prevent it from happening,” continued Mr. Moffat. “We are working on a very tight budget as we have a 60 bed home which can be challenging. We haven’t passed the budget, so nothing is set in stone.”

“This cut is tentative, and hopefully we can look at the budget and find a way to avoid this,” added Mr. Moffat. “We realize that front line workers are very important and are doing a great job. We don’t want to have to cut their hours and we don’t want to see patient care effected.”

The Manor board of management was to meet for an emergency meeting yesterday (Tuesday, December 1) at 10 am at the Manor to discuss the 21 hour PSW cut. 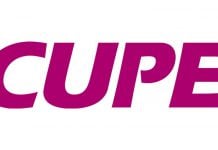 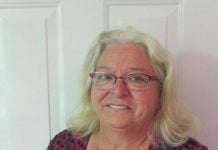