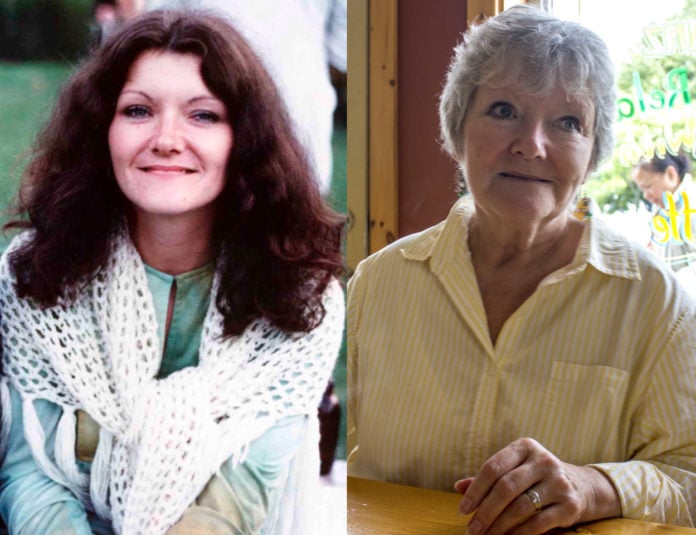 MARIAN ELEANOR MURRAY
October 20, 1946 – December 31, 2022
Marian (Mame) Eleanor Murray (née Bailey) of Tehkummah, passed away on December 31, 2022, at the age of 76. Beloved wife of the late James (Jim) Murray and mother of Michael and Adrian, Mame was born in Willowdale, North York in 1946 when it was still the countryside. Daughter of the late Wilson and Margaret Ann, she was an exceptionally well-behaved child, though she did get into the occasional bit of trouble with her friends in the fields, forests and creeks that spread out behind her home. Although a talented artist in a variety of mediums, Mame did the practical thing and started working in the bank after high school, a job she would move in and out of over the course of her life. Mame met Jim in summer 1966. On a trip to Manitoulin shortly thereafter, he proposed on the beach in Providence Bay, where her father had grown up. After slowing Jim down a bit, they were later engaged and married on April 6th, 1968. Jim was swept off his feet not only by Mame but also by Manitoulin, where she had always dreamed of living. Spending summers in trailers and rented homes on the beach in Providence Bay and in the woods in various places for a couple of years, they purchased land on the shore of South Bay in the early 1970s and built a fantastical off-grid home. After many years of this ‘back-to-the-land/hippie’ life, during which time they found and created community with many wonderful, like-minded people on and off the Island, they welcomed two children, Michael and Adrian, in 1982 and 1985 respectively. Mame raised her sons full-time, working outside of the home on-and-off in all manner of jobs, from agricultural projects to art galleries and volunteering with Haven House. Later, she returned to work at the bank full-time, at first with branches all over the Island and later in Manitowaning where she remained for several years until her retirement in the late 1990s. Mame was a kind and loving partner and mother, utterly committed to her husband and sons. Although she had no grandchildren of her own, she took great joy in those new faces brought into the world by friends and extended family. Struggling with illness, and Jim’s 2009 passing, she led a more private life in recent years, continuing to live off-grid on the shores of South Bay. Hewing wood, drawingwater, caring for her garden and animals, she continued to delight in the beauty of her chosen home of Manitoulin until her passing. In lieu of flowers, memorial donations can be made to the Escarpment Biosphere Conservancy (https://escarpment.ca) to protect the land she loved so much. Service and internment will be held in the Spring of 2023.