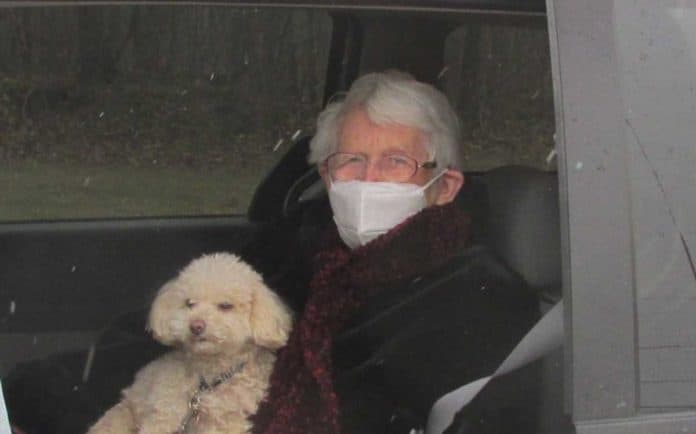 MINDEMOYA—Many snowfalls have come and gone over the past 10 decades, but Mindemoya’s latest centenarian Mattie Becks is still going strong with the Christmas spirit—although a lot has changed since the days of her childhood.

Yet her most telling memory of the Christmas of her childhood might surprise those raised in the modern Coca Cola Santa commercial version of the holiday.

“I remember getting an orange in my stocking when I was very little,” she said. “That was really something. We didn’t see oranges very often in those days, they were really very rare. But every Christmas we would find one in our stocking.”

Quite a contrast. “They get so much now,” she said. “We were very thankful for what we did get. My mother used to say, ‘the Lord gave us weather to grow apples. They must be valuable’.”

That highlights another memory that  comes to mind for Ms. Becks. “We always had a Bible reading. In fact, we had them all through the week.”

Religion was front and centre for the Becks family and an integral part of their daily lives. It was actually a Bible reading that gave her her nickname. “People think my nickname comes from my name, but it is really spelled Mattie, not Maddie, even though lots of people call me that now. But has nothing to with Madeline,” she explained. “My name is Effie Madeline, but my nickname comes from Matthew, not Madeline.”

Every member of the Becks family took turns reciting the daily Bible reading. “I was fifth in a family of six,” she recalled. When it came to Ms. Becks’ turn, still very young and just learning to read, she began hesitantly…“Matt-hew.”

“My brother laughed and laughed, from that day forward I was Mattie,” she laughed.

Christmas meant travelling out into the bush on one of the many AJ Wagg properties to cut a tree to be dragged back inside for decorating. “It was all horse and buggy in those days,” she said. She recalled that her father, the founder of Wagg’s Creamery, arrived on the Island as a 10-year-old.

The Becks household was always filled with music, with Ms. Becks playing the piano and her sister playing the organ. “There was always lots of music in our home growing up,” recalled Ms. Becks’ daughter Gail Meehan of Honora Bay.

Ms. Becks comes from a very practical and religious family, but there was a bit of rebel in there as well. “Skirts in my mother’s day were very long,” she recalled. “They would drag in all the dirt on the streets, and that was in the days of horse and buggy, so you can guess what that meant. My mother finally got fed up and took a pair of scissors to the bottom of her skirts. She always said that was the start of shorter skirts.”

Visiting friends and neighbours was a big deal in her childhood, as it is for most people even up to the present. “But this year is going to be very different,” admitted Ms. Becks. “It is very scary.”

Ms. Becks misses her church and the camaraderie of her fellow parishioners almost as much as she does her own family.

But she has kept busy, as she has done for her entire life, knitting mitts, touques and scarves for the homeless and disadvantaged. She still bakes, with her recipe for Hello Dollies and other delights being emulated now in the third and fourth generations of her family.

“My mother is an amazing baker, she’s a great cook too, but it is her baking that is really her thing,” said Ms. Meehan.

This Christmas has been among the most touching of her 100 years when she was invited to light the Mindemoya community Christmas tree. “She was just so honoured,” said her granddaughter. “So honoured and so surprised.” 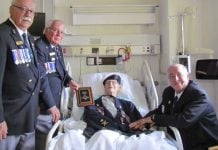 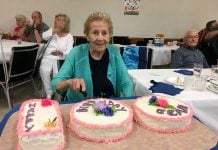 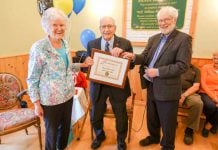 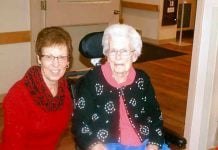