M’CHIGEENG—A Toronto man accused of having attempted murder in an incident that took place in February 2022, on the M’Chigeeng First Nation, has turned himself in to face bail court. Prince Graham has been served with a trespass order backed up by a band council resolution (BCR) from M’Chigeeng council.

In a letter to the community dated January 17, M’Chigeeng Ogimaa-kwe Linda Debassige wrote, “Further to the UCCM Anishnaabe Police Service media release issued last night, Prince Graham turned himself into the police and is scheduled for bail court this morning.”

“On February 26, 2022, Prince Graham shot a non-band member in the home of a band member here in our community,” wrote Ogimaa-kwe Debassige. “He fled the scene and since then has been wanted for numerous charges including attempted murder.”

As was reported previously, just before 10 pm on Saturday, February 26, 2022, UCCM Police were called regarding a weapons complaint at an address on Bebonang Street in M’Chigeeng First Nation.

When officers arrived on scene, they located a 30-year-old male who had been shot. The male was transported to the hospital to receive treatment for serious but non-life-threatening injuries. It was believed to be a targeted and isolated incident.

Through the investigation it was determined that the victim was inside the residence on Bebonang Street, and the accused entered the residence and shot the victim. The accused has been identified as Prince Almando Graham, 37, of Toronto.

The accused fled the scene prior to police arrival which initiated an expansive search of identified residences and associated vehicles through the communities of Manitoulin Island.

Ogimaa-kwe Debassige’s letter continues, “For months the UCCM Anishnaabe Police have been working on tips that Prince Graham was attending our community and other Anishinaabe communities on Manitoulin Island. Despite information being received, he was unable to be located,” wrote Ogimaa-kwe Debassige.

She explained, “We have had suspicion and information from our community that he has been attending M’Chigeeng. We have provided the UCCM Anishnaabe Police Service with as much information as we could. We thank members of our community for continuing to report illicit and suspicious activity as well as the undesirables who continue to come to our community to harm our people. Together, we can work towards continuing to keep our children, our Elders and our people as safe as we can. We thank the Anishnaabe Police Service for their continued efforts and actions.”

Ogimaa-kwe continued, “We confirm that Prince Graham has been served with the Trespass Order and BCR signed by council. We also confirm that once served, he ripped the documentation up-demonstrating his disrespect for the law, disrespect for M’Chigeeng and its members and a total disregard for life itself.”

“In relation to bail court for Prince Graham, it is the judge who has the ultimate decision on releasing or detaining him,” continued Ogimaa-kwe Debassige. “In working with the UCCM Anishnaabe Police and Crown Attorney overnight, we provided the attached opposition to release letter that will be used in bail court this morning.”

“Should Prince Graham be released by the court system, we are encouraging all our membership to keep an eye out for him and to continue to report suspicious and illegal activity. It is highly likely that there will be a condition imposed upon him that he does not attend either M’Chigeeng or Manitoulin Island as a whole. However, we have the trespass order in place for our community at the present time. At this time, we would like to thank all our people for helping to prevent illegal activity in our community. When we receive an update, we will continue to keep you informed.”

“M’Chigeeng First Nation is a community that is currently under a social state of emergency in relation to opioids, illicit drug trafficking and violence. Our community has been plagued with illicit drug dealers, including Prince Almando Graham, who is illegally trafficking illicit drugs that have killed many of our people.”

“It is common knowledge that Prince Graham has been attending M’Chigeeng First Nation since 2018-2019,” wrote Ogimaa-kwe Debassige. “It is known that he is affiliated with a gang rooted in the Toronto area. The chief and council of M’Chigeeng are aware of Prince Armando Graham’s activity over the four years which include possession of weapons, fearmongering tactics both verbally and with the use of weapons and he is considered a predator to our community, preying on vulnerable women, youth and adults. On November 5, 2020, the chief and council issued a banishment BCR for Prince Graham.”

“His insatiable desire to control the drug use in our community resulted in an attempted murder on February 26, 2022. This act and other acts known to be committed by Prince Graham put the community, our children, our elders and our most vulnerable at risk,” wrote Ogimaa-kwe Debassige.

“We are aware that since the horrific act committed on February 26, 2022, Prince Graham has been in the community. He controls our most vulnerable by threats, violence, drugs and manipulation actions. Members of our community who were present at the incident on February 26, 2022 have shared their fear with us and their fear to come forward and participate in any actions in a  court system simply based on their fear that they cannot be protected and that Prince Graham is still around and has threatened their lives and has demonstrated that he has the ability to engage in gun violence simply to gain the turf of our community. We confirm that Prince Graham’s actions on February 26, 2022 was an act of turf war whereby M’Chigeeng First Nation was the ultimate victim,” wrote Ogimaa-kwe Debassige.

“Since the incident on February 26, 2022, our families, our children, our elders and our people have been living in fear,” continued Ogimaa-kwe Debassige. “The fallout from this incident resulted in considerable work of our staff and our chief and council to address this violence. Our community does not have the resources to address the mess that has been created by Prince Graham and his company.”

“It is our position based on the knowledge of our people and the continued defiance of Prince Graham and his complete and utter disrespect to our laws, our Nation and our peoples that he should not be released. It is our opinion that Prince Graham is a manipulator of the justice system and has done the work to ensure that he will be released, charges dropped and he will once again be free to terrorize our community, kill innocent people and continue to participate in illicit activity,” added Ogimaa-kwe Debassige.

On Monday, January 16, Prince Graham was arrested for his outstanding charges and was  processed at UCCM Anishnaabe Police Service headquarters.

Lawyer for the accused Susan von Achten told The Expositor last Friday that Prince Graham attended a bail review hearing that morning. She also said Mr. Graham has not been charged with drug trafficking or drug related offences. The matter was put over until January 27 for the justice of the peace to consider evidence and render a decision. 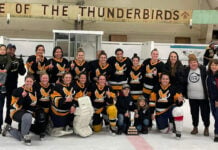 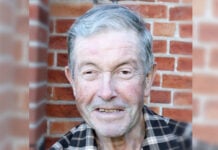 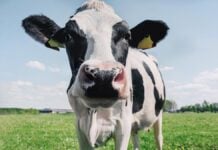 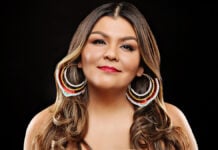 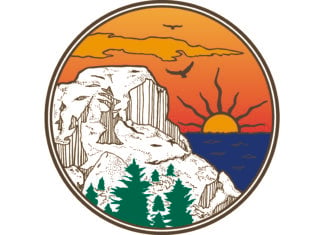 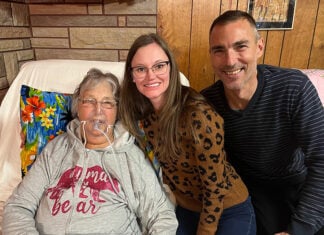