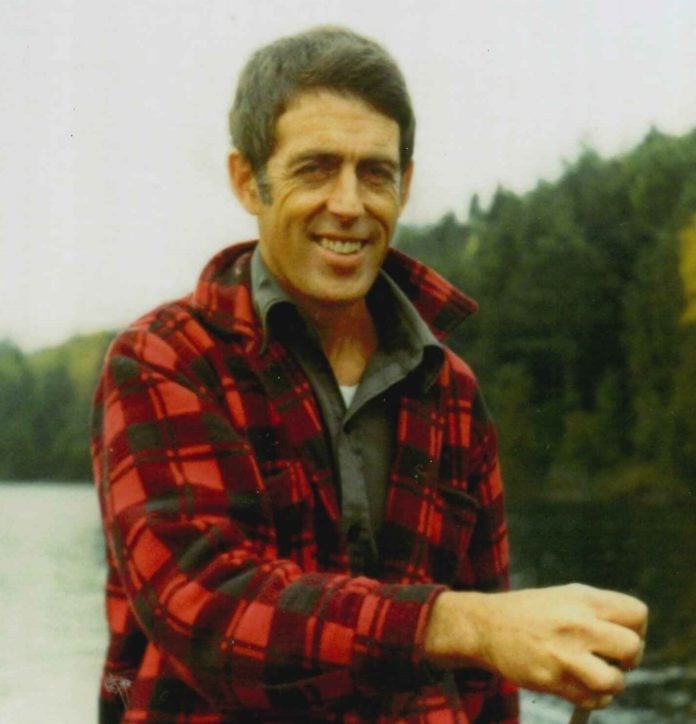 MIKE WILTON
It is with great sadness that we announce the death of Mike Wilton. Mike was also known as “Dearie” to his loving wife, Marj, of 59 years. He was “Dad” to Arthur (Tammy), Emily, and Heather (Doug). His grandchildren Cristina Grace (deceased 1988), James (Katie), Katie (Adam), Andrea (Francois) and Mary (Alex), children of Arthur and Martha; Sarah (Graham), Kathryn (Simon), children of Heather and Doug; and great-grandchildren Jonathan, Eleanore, Lucas and Gracie who called him “Papa”. He was brother to Erin and “Uncle Mike” to many nieces and nephews. He was very fortunate throughout his life to have many call him “friend”. Mike had a deep love for the outdoors and spent his career working as a wildlife biologist with the MNR. Throughout his career and retirement, he was able to share his love of the Algonquin district with his wife, children, grandchildren and great-grandchildren, as well as everyone whose life he touched. His main concern was the preservation of fresh water in Canada and the hope of future generations. He will be remembered by family and friends anytime they are in the bush. Mike’s favourite quote from Pogo, which he used often was, “we have met the enemy and he is us.” Funeral service was held on Monday, October 31, 2022 at 11 am at the Simpson Funeral Home, Gore Bay. Cremation followed. In lieu of flowers, memorial donations may be made to the Mindemoya Hospital Auxiliary, and may be made through www.simpsonfuneralhome.ca.