MINDEMOYA—July 5 saw the 14th annual Mindemoya Classic , a run, canoe and bike triathalon that is an integral part of the Central Manitoulin Lions Club Homecoming Weekend. That special weekend has been enjoyed for 37 years.

Over 70 people participated in the event which started at the government dock and led to runners on the highway and byways, canoeists on Lake Mindemoya and cyclists biking through the woods off the town’s subdivision, back on to Highway 542 for a spell, then back around Tann’s Corner and from there to the start area. 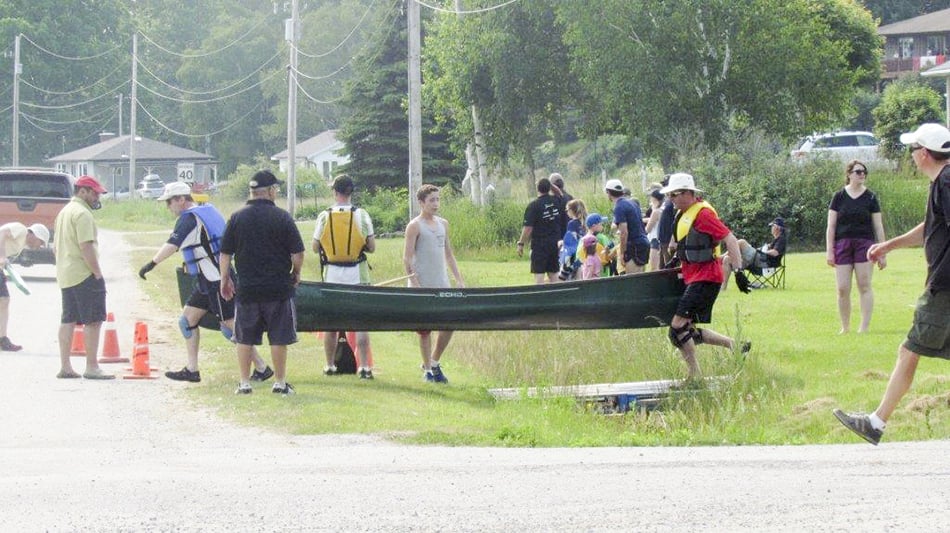 The run was for 5.5 kilometres, the canoeing for 4.5 kilometres and the biking for 13 kilometres. Entrants could either participate by themselves or as part of a team where a runner in the first event would hand off to a team member waiting by their canoe and then the canoeist would see the runner of that team off for the final leg of the competition.

Andre Leblanc (of Expositor Ice Chips and Canoe Quips fame) is the main organizer of the event, aided by Allen Haner, Mark Gibeault and Denise Leblanc, who help to put the event together and make sure everything runs smoothly. The events are marked out and there are also spotters along the routes including Corrine and Larry Leblanc who have done this job for several years. David Johnson of Waterloo was busy at the registration desk handing out tee shirts to all the entrants. Mr. Johnson and his family have a cottage on Manitoulin and, as he said, “They were needing help, so I started to help.” He also talked about the fact that some years saw inclement weather and the organizers and entrants had to cope with rain and high winds. Indeed, the canoeists used to paddle around Treasure Island, but problems with wind caused the organizers to map out a new route. 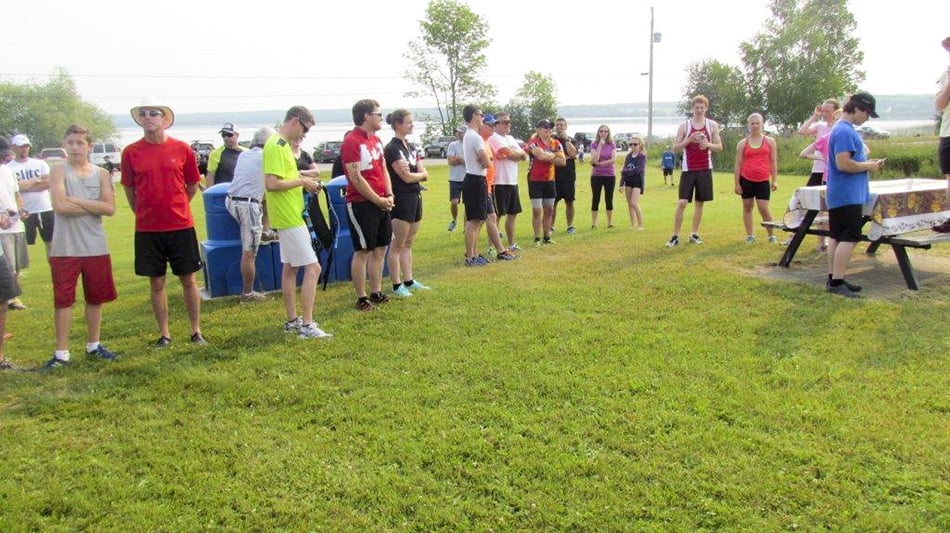 Also at the registration desk were several volunteers with Manitoulin Family Resources (MFR) who were hosting a fundraiser with watermelon, muffins, coffee, cookies and loaf slices for sale before the race and hamburgers and hotdogs at the conclusion. 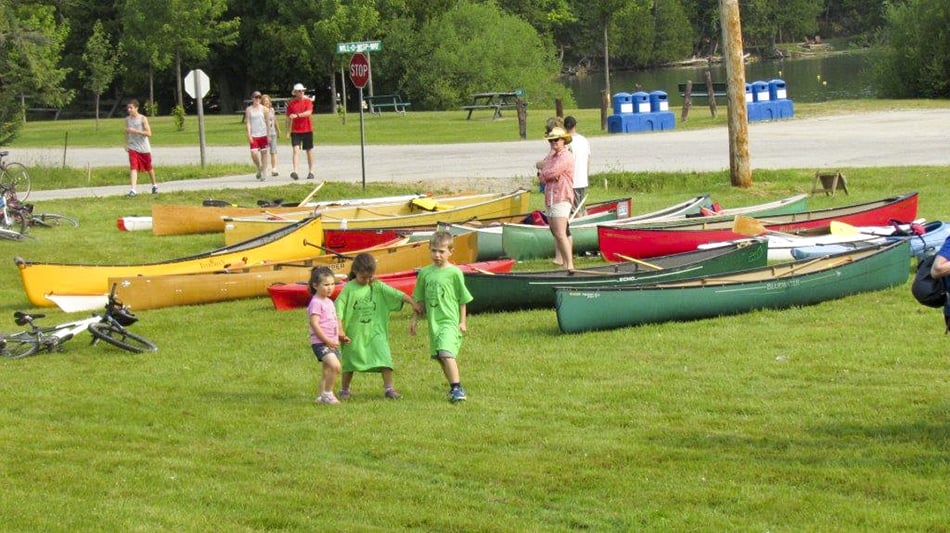 People can enter the yearly event either as just a fun only group or as a seasoned veteran. The ‘fun only’ groups can have as many people that they want. A four-person team must have at least one female or the team will not be ranked. Every person is responsible for safety equipment including bike helmets and personal flotation devices if in a canoe.

There are several divisions including corporate, family, 40 plus, endurance, relay-pairs and relay.

The overall winners of this Mindemoya Classic was the four-person relay Shenanigans team made up of Amanda Kosmerly, Tamara Flannigan, Stewart Meikelham and Jenny Ryan with a time of 1:13.