“MPP Bourgouin introduced legislation to elevate the standards on Highways 17 and 11 from class two to one,” Mr. Mantha told the Recorder. “We want the same standards for these two highways to be at the same level as the 400-series and the QEW has. This would mean clear-bare roads eight hours after an event. I am very supportive of that.”

Mr. Bourgouin, MPP for Mushkegowuk-James Bay, was joined by representatives from Northern communities and businesses who said improving winter road maintenance in Northern Ontario is urgently needed. “Too many Northern Ontarians have lost their lives or suffered life-altering injuries driving on poorly maintained routes in the winter,” he said. “With this bill we can save lives in Northern Ontario by making our highways safer for drivers.”

“Northern drivers and families have waited long enough. They deserve nothing less than to know that their roads are safe during the long winter months,” said Mr. Bourgouin.

MPP Bourgouin’s bill, Making Northern Ontario Highways Safer, 2019, will ensure that Highways 11 and 17 are maintained with the province’s strictest requirements for snow removal. By classifying the Northern highways the same as all 400-series highways and the QEW, snow must be removed within eight hours of the end of a snowfall.

The Ministry of Transportation’s (MTO) snow removal classification standards depend on the type of highway and traffic volumes, not on climate or vehicle size and weight. Mr. Bourgouin’s bill would bump up Highways 11 and 17 to Class 1 in all of their sections, whether two- or four-lane, and eliminate the vehicular traffic specification.

“The classification and treatment of Highways 11 and 17 have always concerned me, as both routes are integral for the Trans-Canada corridor,” said Mr. Andrews. “There are very few opportunities for detours on either of these routes. When these routes are not maintained and kept passable, the country is cut in half. Finally, the communities along these routes have only one way to access each other by ground: these two highways.”

“This motion put forward is a step towards raising the levels of the roads,” said Mr. Mantha. “And meanwhile, the battle continues to get secondary roads identified for better maintenance as well.” 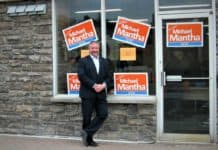 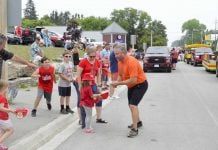