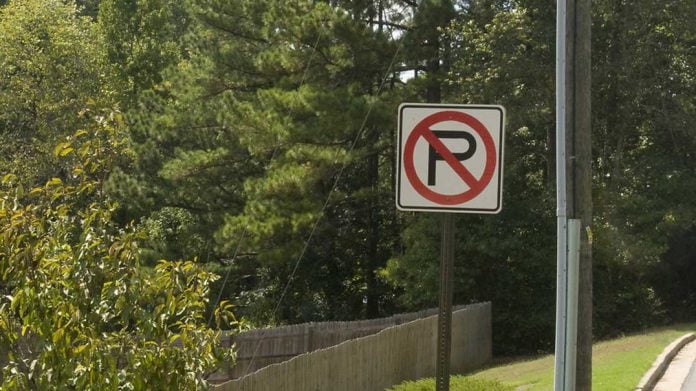 MINDEMOYA – While issues with parking are still a major concern for Central Manitoulin, speed limits coming into the downtown area of Mindemoya are as well.

“Everyone who has sat at this table has heard of our parking issues in Central Manitoulin, particularly in Mindemoya,” said Steve Shaffer, a member of the Manitoulin Community Police Advisory Committee (CPAC), at a recent meeting. “We have brought these concerns forward to the OPP (Ontario Provincial Police) and the MTO (Ministry of Transportation), focusing on the downtown four corners area of Highway 551 and Highway 542.”

“We have been effective in getting larger no parking signs installed at the intersection and no parking lines on the pavement that defines where there is no parking,” said Mr. Shaffer. He inquired as to where things stand in regards to the OPP e-ticketing, in which officers would be able to lay a charge of illegal parking without having to give the ticket directly to the driver of a vehicle who is in contravention of the rules.

Mr. Shaffer also noted, “the issue of parking concerns has also shifted to another area (in Mindemoya), on the road up by Mum’s Restaurant where vehicles have been found to block driveways for Dr. (Harald) Simon’s place.”

Dr. Simon, who was in attendance at the meeting, told the committee members, “initially I brought this issue up with the municipal clerk and she suggested I contact the Ministry of Transportation, and I did.” He had an email exchange with an MTO representative, “and I too suggested (no parking) markings on the pavement or signage. Mr. Grant took it to (his superiors) and it’s the opinion of the traffic section of the MTO that this issue can be solved by the OPP (to enforce) and that they were not prepared to put up no parking signs.”

“I’m sure the OPP has bigger fish to fry than to target people from parking near or in front of our driveway, but it is a concern,” said Dr. Simon. He also mentioned that it would be a good idea to reduce the current speed on the highway in that area.

Mr. Shaffer indicated the OPP had committed to initiate the e-ticketing process, so officers could write out a ticket and post it on a car that is contravening no parking regulations. “It used to be that an (OPP) officer would have to wait for the driver to return to their vehicle to lay charges and present a ticket. But with the new legislation the OPP doesn’t need to wait for the driver.” With the action that has been taken for larger signage and pavement markings, “we’re asking for continued vigilance by the OPP to crack down on illegal parking in Mindemoya and asked for an update on the e-ticketing legislation. We are still researching having lower speed signs installed in the area, even though the MTO has already turned this down. When this was rejected we tried to, and got local businesses support to have speeds reduced.”
Manitoulin OPP Staff Sergeant Helena Wall stated that she will take the issue of e-ticketing back, and bring an answer to the committee.

“We (municipality) continue to push for having speed reductions on the highways (leading into the downtown core),” said Mr. Shaffer. “We’re trying to have the speeds reduced for drivers coming into Mindemoya. “And we have letters of support for this from local businesses that the speed limits should be reduced (20 kilometres per hour). The MTO has denied this request in the past saying that the amount of traffic in the area does not warrant this.” He told the meeting the speed limits don’t decrease on Highway 551 to 50 kmh (from the current 70) until vehicles pass the ambulance building. We are looking for support from the OPP to have this (speed limit) changed.”

“I will get back to you on all of this,” stated Staff Sergeant Wall.

“We’re at the mercy of the MTO, we can’t control the speed limits, or parking in town,” said Mr. Shaffer. 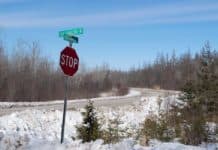 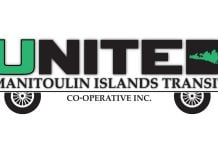 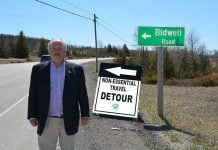 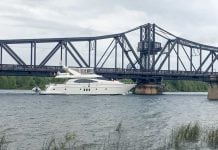 Michael Erskine - June 9, 2021
NASHVILLE, Tenn.—Wiikwemkoong kushkusgunaje (nightingale) Crystal Shawanda won the 2021 JUNO Award for Best Blues Album on the weekend and the reaction of her four-year-old...