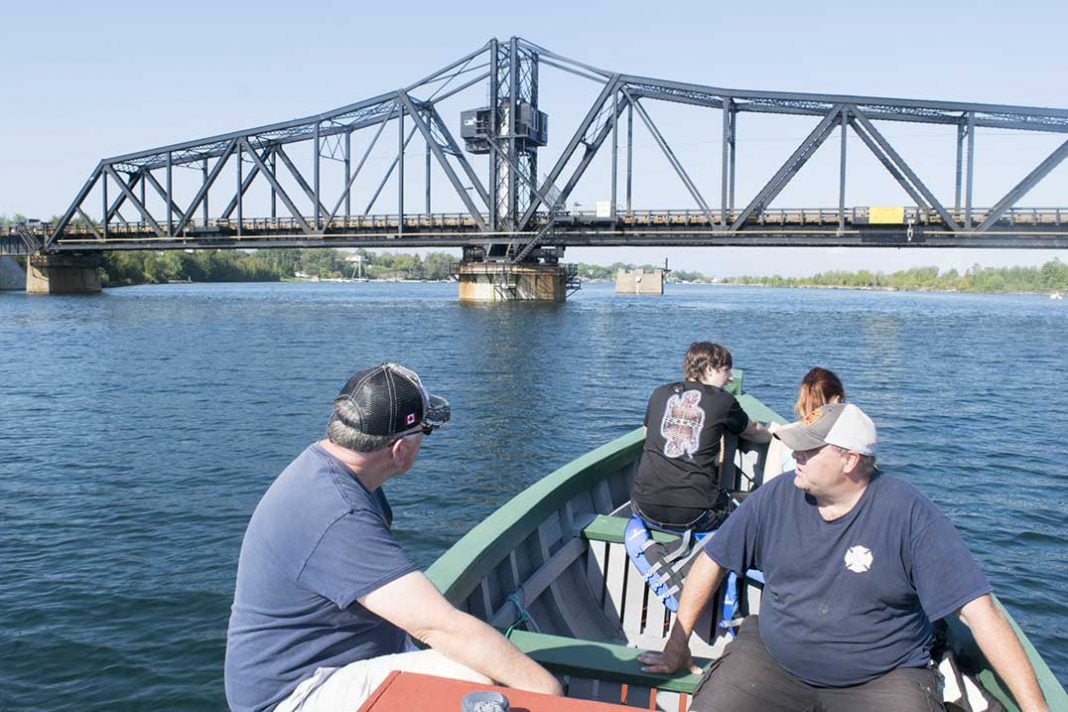 LITTLE CURRENT—A faint smell of diesel hangs in the air, mixed with a breeze that meanders along Lake Huron’s North Channel. Waterfront residents just west of Little Current would have great difficulty in missing the distinctive chug travelling abreast of the shoreline at a blistering four knots.

Dean Riggs is at the helm of his unmistakable green and white boat that is probably unlike any other boat that has plied Manitoulin’s waters. It is a 24-foot punt, a type of boat that comes directly from the historic fishing traditions of Canada’s East Coast. This particular vessel is one-of-a-kind, hand-built by Dean’s father Andy in his hometown of Burin, Newfoundland.

“It’s like bringing Newfoundland back with you,” says Dean as his boat makes its way east along the North Channel. He keeps the boat on the Island, visiting it when he can get time away from his jobs as a teacher and a volunteer firefighter with the Espanola Fire Department.

Over a late-September weekend, Andy Riggs is in town for the first time since his boat left its Newfoundland home on a trailer bound for Manitoulin.

“I dare say this is the first one was ever in Ontario,” says Andy in his unmistakable Newfoundland English dialect.

The punt is crafted of wood Andy sourced himself. He says it was a long, arduous process because he had to find trees that were curved on the correct angles to match the contours of the boat. Single planks of wood span from the bow to the stern forming the boat’s hull. 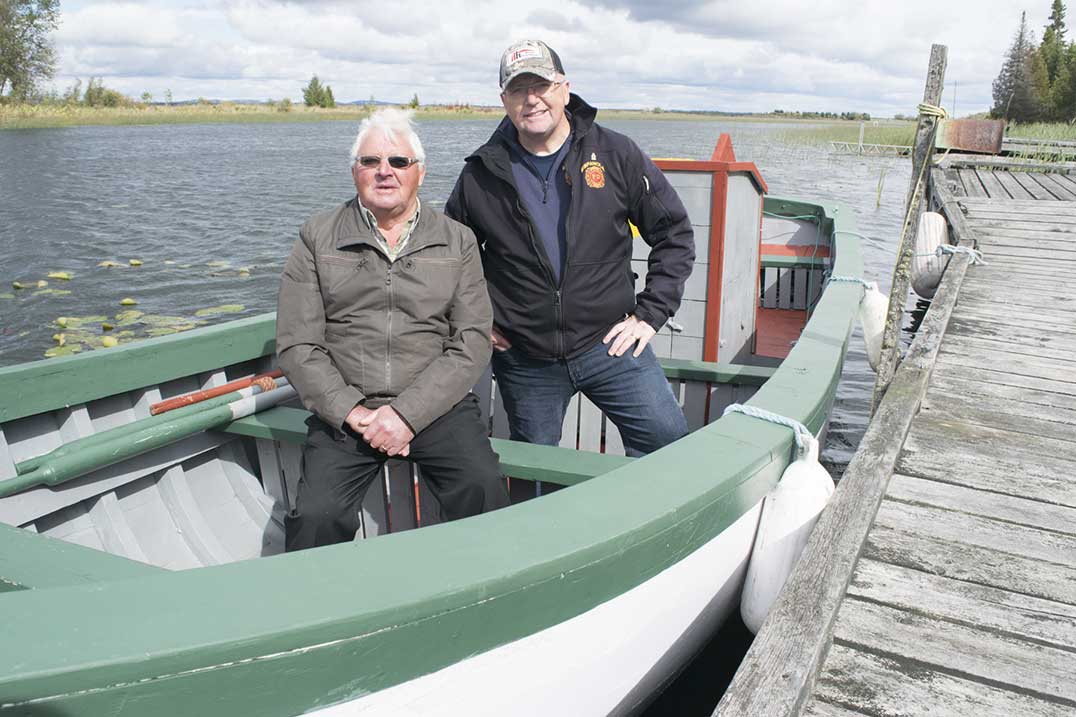 This is the second boat he has built by hand. The first, a craft called a trap skiff, launched back home in Burin in 2015. That launch had brought out a large contingent of the community as well as CBC coverage. It is named Our Star in honour of Andy’s granddaughter Siobbane Riggs who died at the age of six. Dean’s punt offers a similar tribute with its name: Delainey Siobhane.

Andy says although these types of wooden boats were once ubiquitous in Newfoundland, he suspects one has not been built on the Burin peninsula in the last 80 years. Boatbuilding seems to be a dying art in the Burin area, though Dean says a wooden boat revival has begun to surface on another part of the province over the past five years.

Andy does not stand out as a likely candidate to construct an entire boat despite his experience working as a shipyard welder. The 77-year-old is blind in one eye and before these two boats began to take shape he had no experience building wooden boats whatsoever.

His boats begin with self-made drawings on the floor of his basement during the winter. He lays a single curved timber down to form the keel and adds a second layer to that. Those timbers are either spruce or juniper.

Although sourcing the wood tends to take the longest amount of time, Andy says he has spent 2,300 hours on the construction of Delainey Siobhane, with a total construction cost matching the build time in dollars. Once the winter weather fades into spring, he moves his construction outside to complete the craft.

“He’s sometimes out there 12 hours a day,” says Dean. Most of the work on his boat has been completed by Andy and Dean’s brother Bryan, but on a trip back home Dean was able to help build for about two weeks.

“If it’s properly cared for, painted every year, a wooden boat can last a lifetime,” says Dean. His father agrees, but says the longevity is based on its traditional home in the saltwater of the Atlantic Ocean.

“She’s not going to last as long here as back home,” says Andy.

At the dockside where Delainey Siobhane is tied, Andy looks upon the waters of the North Channel from within the protected bay.

Andy is not ready to retire from boatbuilding just yet. He is currently planning his next undertaking, a 34-foot boat.

“I dare say it’s going to be a large project. Going to be a big one, three years for sure to make it,” he says.

Earlier in September, Dean is joined by his daughter Miranda Morley-Riggs, Zack Vincent and Espanola Fire Chief Jamie Ramsay. The winds blow steadily from the west with a distinct chill — summer is fading and Delainey Siobhane will soon have to leave the water for her protected winter respite on land. Already, Dean is thinking about his next season on the water.

“The goal next year is to get to Killarney,” he says. That will amount to a lengthy trip; speed is far from the boat’s primary function.

“If you really push it, she’ll get up to about eight knots,” says Dean. That rounds out to about 15 kilometres per hour.

The punt cruises easily past the no wake sign on the approach to Little Current’s downtown waterfront, a sign that can be safely ignored at its stalwart pace. Dean sits in the centre of the boat, controlling the rudder using a pair of ropes strung along the gunwales.

A steady hum reverberates through the solid wood construction of the boat, the diesel engine giving its steady reassurance that it will keep craft and crew moving forward. As the boat slowly passes under the swing bridge, Dean decides it is time to head for home.

He spins his punt around and the companions he has invited for the cruise get a final close look at the bridge. It is a fitting end to the journey: Two iconic creations, both products of a bygone era, standing proud on the waterways of the Great Lakes. Although their zeniths have come and gone, both retain loyal cores of supporters who work to conserve Canada’s living history in their own special ways.

Tom Sasvari - June 16, 2021
GORE BAY - Users of the Gore Bay Medical Centre are being asked to complete a survey to provide input that will assist in...