‘Livid’: Chief medical examiner Kay Scarpetta is the reluctant star witness in a sensational murder trial when she receives shocking news. The judge’s sister has been found dead. At first glance, it appears to be a home invasion, but then why was nothing stolen, and why is the garden strewn with dead plants and insects?
Although there is no apparent cause of death, Scarpetta recognizes telltale signs of the unthinkable, and she knows the worst is yet to come. A good read

‘Blackwater Falls’: Girls from immigrant communities have been disappearing for months in the Colorado town of Blackwater Falls, but the local sheriff is slow to act and the fates of the missing girls are largely disregarded. At last, the calls for justice become too loud to ignore when the body of a star student and refugee is deliberately positioned in a mosque. This is a new author for our library, enjoy.

‘A Christmas Deliverance’: A courageous doctor and his apprentice fight to save London’s poor and discover that the hearts of men can be colder than a winter chill in this gripping holiday mystery. No blood and gore, just a light mystery.

‘Desert Star’: LAPD Renee Ballard and Harry Bosch team up to hunt the brutal killer who is Bosch’s “White Whale”—a man responsible for the murder of an entire family. Harry has been working on this case that haunts him as the psychopath still walks free. Ballard makes Bosch an offer: come volunteer as an investigator in her new Open-Unsolved Unit, and he can pursue his “white whale” with the resources of the LAPD behind him. I enjoy this series so much and now you can also watch the TV series of Bosch on Prime TV and it is excellent.

‘Playing The Long Game’: Olympic soccer gold-medalist Christine Sinclair, one of Canada’s greatest athletes, reflects on her life and her career. Not only is she the top international goal scorer of all time, but more than two decades into her career, she is the heart of any team she plays on, the captain of both Canada’s national team and the top-ranked Portland Thorns FC in the National Women’s Soccer League. Her story will inspire and empower her fans and admirers, and girls and women everywhere. A good read.

There will be a workshop creating an Everlasting Wreath being held at the Mindemoya library on Thursday, December 8 from 6 to 8 pm. The cost is $50 and includes everything. Please register at the library by Saturday, November 26 at which time we ask that you make your payment – cash only. Check the wreath on our site on Facebook.

Mahjong is being held on Wednesdays at 10 am. Everyone is invited to come and learn and play this very popular game.
Several new and popular DVDs have now arrived at your library along with new talking books, large print and adult, young adult and children’s new books.

Sending Christmas greetings to all our library patrons now, as well as our library board members. You are all very much appreciated. December is always a busy month and many times it’s been too late by the time I send out my December column so this time I made a point of being early. Merry Christmas. 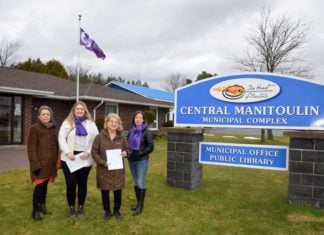 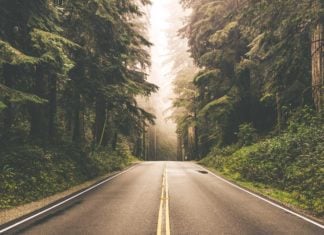