LITTLE CURRENT—If all goes according to plan, a portion of the vacant property located behind Channel View Apartments in Little Current and to the west of Park Street (overlooking Low Island Park) could soon be home to several affordable housing units for seniors, courtesy of the Manitoulin-Sudbury District Services Board (DSB).

The DSB approached Northeast Town council for a donation of the property last month. The three-acre property was gifted to the municipality from the late Lily Fielding and her family, with the hopes that it could be used for senior-specific projects. The donation is for approximately half of the land.

“Having spent time in the Northeast Town with my family over the years, I am aware of the town’s needs for senior housing and welcome the opportunity to be part of the solution to that problem,” Ms. Fielding said in a 2016 press release. “I am not putting any conditions on the donation. We are giving the property to the town and trusting council to make those decisions that are in the best interest of the municipality.”

Fern Dominelli, DSB CAO, told The Expositor that he met with council during an in-camera meeting to give his proposal for affordable housing units for seniors. Getting the donation of the land is a part of phase one of the process, which also includes a feasibility study, then costing of the project followed by going to tender for the actual build.

“We needed the land to complete the feasibility study,” Mr. Dominelli explained.

The CAO hopes to bring the completed feasibility study to his board later this month, at which time they will either give Mr. Dominelli the nod to proceed to phase two, or cancel the project altogether. Phase two will involve the architectural plans, tendering and the completion of the build.

Mr. Dominelli explained that Little Current was a logical site for the build as the current wait list for seniors seeking affordable housing was 22 in that community alone.

Mr. Dominelli called the Northeast Town council’s agreement to donate the land, with conditions, “great news,” noting that this would be the DSB’s first-ever housing build. All its current properties were already in existence, either under the province or municipalities, when the DSB came into existence in 1999 and took them over. The DSB has built new paramedic services garages, but no social housing. (The last such build on Manitoulin, by a predecessor organization prior to DSB’s inception, was Mill Site Apartments in downtown Gore Bay.)

The CAO said they are hoping to see 12 units, but that will depend on the costing.

“Until we post a request for proposals, it’s just a concept,” Mr. Dominelli added. “But I’m really excited for it.”

“We’re all looking forward to it,” Mayor Al MacNevin told The Expositor following the donation of land by council, “but we’re worried they’ll be able to find an affordable model to build it. We’re hoping it will come in with something they can manage.”

The mayor said he was glad to see council support the DSB proposal, noting some concerns were raised as to the type of units that would be built, “but with the waiting list they’re seeing for affordable housing for seniors, I don’t think it will be an issue.”

“It feels good; I’m glad to see something happening on that property,” Mayor MacNevin added.

Following an in camera session on May 4, council passed the following resolution:

“Whereas it is the intent of council to support the development of affordable housing for seniors within the Town of Northeastern Manitoulin and the Islands; and whereas the municipality is in possession of property donated by the Lily Fielding Foundation which meets the needs of the local Manitoulin-Sudbury DSB; and whereas the DSB has committed to building affordable seniors housing on said property subject to all municipal requirements and site plan control; therefore be it resolved that the council for the Corporation for the Town of Northeastern Manitoulin and the Islands donates 1.42 acres of property on Park Street in Little Current to the DSB subject to the following conditions: 1: The DSB agrees to construct the development by December 31, 2023 or the ownership of the property reverts to the municipality for two dollars. This condition will be registered on title at the expense of the DSB. 2). The DSB agrees to have the property surveyed and will file a copy of said survey with the municipality and have it filed with the Registry Office at the expense of the DSB. 3). The DSB agrees to build housing as per the design (four-unit pods) as presented to council on April 27, 2021. 4). The DSB agrees to adhere to the location and property size on the site plan attached to this bylaw as this site plan will minimize the use of the land for the project and maximize the land parcel which will be retained by the municipality. 5). The municipality will comply with the Municipal Act requirement to implement a municipal capital facilities bylaw which will facilitate the donation and permit the municipality to tax the development at the residential rate (not the multi-residential rate) for a 20-year period and 6). The DSB agrees that if it sells or disposes of the property except for the agreement to charge the residential rate for the first 20 years of DSB ownership that it will reimburse the municipality for the value of the property as if vacant as established by an independent appraiser at the time of disposition. 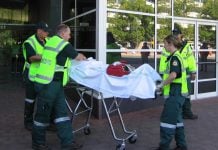 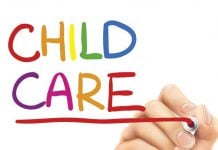