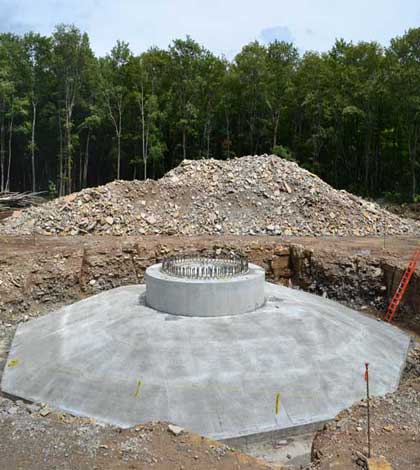 Wars based on ideals or where personality conflicts are involved are nonetheless wars, even where and when no shooting is involved.

Weapons of mass destruction, on the other hand, can take many forms and are not limited to the poison gas, viral infections and all the rest that the US and Great Britain failed to locate in Iraq nearly a decade ago when they used this ruse to attack and invade that Middle Eastern nation.

These nations, and one or two others (Canada was wisely not involved), styled themselves the ‘Coalition of the Willing’ and one of the main reasons for the shooting war they brought to bear on Iraq and then-president Saddam Hussein was the weapons of mass destruction fiction.

It can be seen now that this ruse was in and of itself a “weapon of mass destruction” as it made an attack on and the occupation of Iraq a saleable commodity in Great Britain and the United States.

Locally, we have seen and are seeing examples of this soft “weapon of mass destruction” style of justification as claims and counterclaims are made by and leveled against individuals and institutions on one side or another of an argument, a project or a point of view with which they disagree.

In the case of the Sheguiandah First Nation political conflict, individuals on either side of the debate have made serious claims against the other party and it is clear now that the council will not meet until after this year’s scheduled elections for chief and council. In other words council will not have met in that community for a year’s duration.

As for the wind farm debate, proponents of the project have presented as positive and benign a view as they possibly could while the project detractors have done and are still describing the initiative as the worst thing to happen to Manitoulin in recent history.

There is an example of this style of hyperbole in this week’s paper where a concerned citizen has purchased space to make “soft” weapon of mass destruction-type claims about the impending wind turbines, presently under construction, in order to underscore his point of view that these are a bad addition to Manitoulin and that, by extension, any more will be worse.

The old saying “in any war the first casualty is the truth” comes to mind with respect to both local examples cited.

Is everyone a bad person on both sides of the Sheguiandah First Nation standoff?

Are the wind turbines as tall and visible as we are being told they will be by the concerned citizen in the advertising space he has purchased in this week’s paper?

The reader can be the judge in these highly charged situations of the factual accuracy of claims being made, bearing in mind the weapons of mass destruction style of argument invoked as the justification for something else entirely by the Americans and the Brits a decade ago.