MANITOULIN – A pilot project to manage the growing problem of agricultural plastic across Northern Ontario is under way. Almost 520 tonnes of linear low density polyethylene (LLDPE) is generated each year in Northern Ontario. LLDPE includes bale and silage wrap and accounts for an estimated 70 percent of plastic waste generated by farms in Northern Ontario. Manitoulin, Algoma, Temiskaming and Rainy River districts generate higher levels of the LLDPE plastic that is the focus of this project.

The pilot will use on-farm compactors to create dense, four feet square bales, thus reducing transportation and storage space while creating a product for recycling (composite lumber products) and resource recovery (energy). Compacted bales are a more manageable and environmentally sound option than current practices of burying, burning or dumping loose plastic in the landfill.

Agriculture in Northern Ontario is a key economic driver, according to a report prepared by Stephanie Vanthof, member services representative with the Ontario Federation of Agriculture (OFA). The sector supports over 12,000 jobs and contributes more than $587 million in GDP to the provincial economy. Northern farm cash receipts increased from $182 million in 2006 to $206 million in 2017. However, these activities are estimated to generate over 819 tons of recoverable agricultural plastic waste annually, with an expected increase to 941 tons by 2022.

Agricultural plastics don’t yet fall under producer responsibility legislation, said Ms. Vanthof. She does anticipate some regulation in the future but notes there are currently limited options. Some townships still pick up agricultural plastic curbside. “Farmers roll it up and leave it with their garbage to be picked up but that’s very infrequent. Some landfills still take agricultural plastic, and burning and burying are the other two options. They’re not encouraged but they are a necessity. Some farmers might put their plastic in a pile to deal with at the end of the year; often, this plastic ends up blowing into their neighbours’ yards.”

Unfortunately, there aren’t really any viable alternatives. “Some farmers store the hay in a different way instead of making hay bales but for a lot of farmers the plastic is a necessity for keeping their hay at the right moisture level, maintaining the right quality and longevity. There is some research being done but we’re years away from that becoming a viable market solution.”

In the Temiskaming area there are many farmers growing corn and soybeans under plastic. People drive by, see a lot of plastic strips and start asking questions, she said. That plastic does biodegrade but people are also asking more and more questions about wrapped hay bales. “It’s not great optically if we don’t have any solutions. People will start to put pressure on us and we’ll end up in a corner we can’t easily get out of.”

Farmers want to tell a better story, she said, and this project has been years in the making. The idea has been on the radar since 2014. In 2017, they gathered data and in 2018, began to build the pilot. The funding request was approved in early 2020, allowing for a soft launch in April/May 2020. Two farmers had started even earlier, in 2019; currently there are about 20 compactors in use with between 90 and 100 tonnes collected and ready to be shipped.

Farmers that are already proactive and environmentally conscious are excited about the project, she said. Others are waiting to see how it works and will join once they see it moving smoothly. “There will always be a number of farmers that, unless we pick up the bales for them or pay them to participate, they’re not going to do anything different than what they’re doing now.”

One Manitoulin Island farmer has signed up to participate. He hasn’t yet received a compactor but Ms. Vanthof expects that once other farmers see it, “they might jump onboard, or there might be an opportunity to work with the township to do some communal compacting.” A shared compactor would help small farms or farms that only use a small amount of plastic. The Expositor was unable to speak with the Island participant at this time.

One partner recycler makes composite lumber from the plastic. The challenge, according to Ms. Vanthof, is they are more particular in the type of plastic they collect as well as the cleanliness of the plastic. She is hoping to find end users that require farmers to shake and dry the plastic but not to wash it. “We can’t do these things that a lot of recyclers require. Some of the end users that are making other composite products are starting to come up with more flexible technologies, which is great for agricultural plastic. BBL Energy Inc., located in Johnstown in eastern Ontario, is our primary partner and will convert the otherwise unrecyclable plastics into energy.”

Transportation remains a huge challenge. Shipping bales from Northwestern Ontario all the way to eastern Ontario will likely wipe out any environmental gains. “It’s not an ideal solution,” she noted. “It’s just the solution we have right now. We are dealing with great distances, even just the distances between farms. We need to understand this, and the costs.”

That’s where BBL comes in. BBL is not a waste management company, Ms. Vanthof said. “They want to get this technology across North America. They will use this a proof of concept and build business cases from it, so that maybe the City of Sudbury, or other Northern Ontario location, would want to have a modular system that could take all plastic, not just agricultural plastic. That’s what BBL is doing and what we’re doing is finding the numbers around just collecting and shipping the plastic and whether this is a viable model. We might find that this doesn’t work at all. We don’t know.”

Data gathered during the pilot will provide a better understanding of what works and what doesn’t for recovering the plastic. Ms. Vanthof worries that the sector will be required to recover the plastic with little thought given to challenges both on-farm but also in Northern Ontario. “We could create a model based on this, keeping the needs of the farmers in mind. Once the pilot is done and we have a true understanding of costs and logistics, we hope to be able to continue to have the farmers recover the plastic. It’ll be great to move the plastic off-farm and make something usable from it.”

The three-year pilot project is a collaboration between the northern caucus of the Ontario Federation of Agriculture and the Northern Ontario Farm Innovation Alliance. The only direct cost of participation is the purchase of a $900 compactor, which will be delivered to a central location in the region. One compactor holds approximately 500 hay bales worth of plastic. The most important thing is to make a good bale, Ms. Vanthof said. Each compacted bale should contain a single stream of plastic. An annual or semi-annual collection will be organized for the district. Bales are tracked and are traceable back to a specific compactor.

For more information or to participate in the project, contact OFA’s Stephanie Vanthof at stephanie.vanthof@ofa.on.ca. 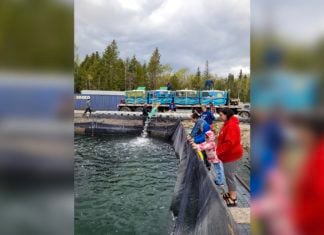 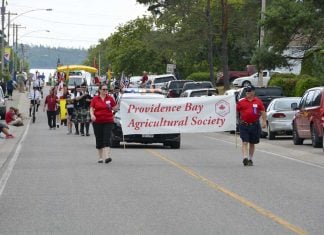