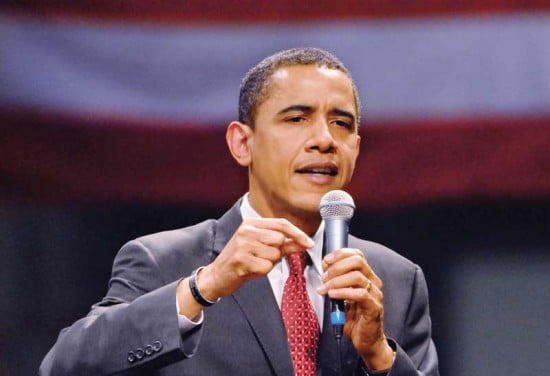 Less than a week from now, our U.S. neighbours will have selected a new president or chosen to give President Obama a second four-year term.

No matter how U.S. elections unfold, in particular where the president’s office is in play, the sheer scope and drama of the entire epic is riveting to most Canadians as the next door neighbours sharing the same dominant language and cultural heritage.

Yet our approach to politics, at every level, is as yet so profoundly different to that of our American neighbours and this contrast certainly fuels the fascination with the U.S. process.

This year is a classic example, with the two-tier process by which the American president is elected, or re-elected, very likely decided by a comparatively small number of votes cast in eastern Ohio’s Appalachian region that is expected to tip the balance of the College of Electors one way or the other.

On Manitoulin, we can easily relate to Ohio, (if not specifically to that coal mining region of that state) from which the preponderance of Island cottage-owning Americans originate.

So there we have it: a hard-fought presidential campaign waged the length and breadth of the U.S. over a ramped-up year that may well be ultimately decided by voters in the state most familiar with Manitoulin Island.

People on Manitoulin, understandably and very likely similar to actual Canada-U.S. border communities, take more than a passing interest in the outcomes of U.S. elections, as spectators.

Increasingly, Canadians are coming to understand just how politically divided our U.S. neighbours have become. The fact that, apparently, the support for the two political viewpoints on offer next Tuesday is so evenly balanced, 50-50, that a few votes in one part of nearby Ohio will likely tip the balance is proof of this.

We understand that a strictly two political party system such as that of the U.S. lends itself to the polarization of opinion (left vs. right, rich vs. poor, libertarian vs. government control, etc.) rather more than Canada’s parliamentary system with multiple parties comprising the House of Commons.

The polarized electorate, often bitterly dividing communities and even families that we increasingly associate with U.S. politics, is something that is, so far, foreign to Canadians’ political experience.

But were our country to revert to only two parties offering two political viewpoints there is the distinct possibility that our electorate could be persuaded to vigorously divide along philosophical lines, far more than we presently do with several main options available to voters.

It would appear that Prime Minister Harper’s Conservative agenda is, in part, focused on the virtual elimination of one of these traditional Canadian options: the federal Liberal party. The Liberals have certainly assisted in this process themselves by presenting voters with no fewer than three party leaders (two permanent, one presently acting in that role pending the selection next year of yet another national leader) over the past four years.

The Conservative government in Ottawa has taken advantage of the Liberals’ leadership missteps and has done everything in its power to marginalize the Liberal brand.

Between the Liberals’ own disarray and, by contrast, a seemingly well-organized Conservative organization, Canadians chose to relegate the once-proud Liberals to third-party status, a position the party has never held since Confederation in 1867. Official Opposition status and a nice berth at Stornoway House in Ottawa for party leader Jack Layton, and after his death, for Thomas Mulcaire was conferred on the New Democratic Party (NDP) following the 2011 federal election.

A few weeks ago in this space, an editorial commentary postulated that of the candidates so far declaring for the national Liberal leader’s job, Justin Trudeau seemed the party’s best bet to raise the party’s profile in the national debate.

But a pretty face is only part of what may attract voters. They will definitely expect well-defined policies that clearly differentiate the Liberals from not only the Conservatives but also from the NDP.

If the party isn’t able to master these policies, well thought out and equally well budgeted, there is every likelihood that Canadians will decide that one (slightly) left of centre party is enough and may relegate the Liberals to history in favour of the NDP. Either that or the Liberals may be forced to merge with the NDP, just as the old federal Progressive Conservative party was relegated to a rump of a dozen or so MPs before they “merged” (were absorbed, more like) with the Alliance Party, which itself was the new name of Preston Manning’s Reform Party.

It’s clearer day by day that the Reform-Alliance political viewpoint is the one that dominates the present day Conservatives. The old centrist views of the Progressive Conservative “partners” in this merger are virtually invisible and this could be the fate of the Liberals in any get-together with the NDP should the party of Wilfred Laurier, Lester Pearson, Pierre Trudeau and Jean Chretien be unable to rise beyond rump status in the House of Commons.

Without any disrespect intended to Elizabeth May’s admirable attempts to win seats for the Green Party nationally, this would effectively make Canada a two party democracy, just like our U.S. neighbours.

And about this possibility we should be mindful lest this leads us to a polarized society.

The possibility is a real one in this day and age and we only have to look to our U.S. neighbours, to Ohio, for the model.

There are already some signs of this in our country, notably Western Canada’s famous resentment of central Canada with the added Western association of the Liberal Party and, to some extent, also the NDP with despised central Canada.

This has resulted in the virtual inelectibility of any federal Liberal in Alberta, Saskatchewan and B.C. while the NDP maintains a toehold.

There is a better than even chance that Canada could become a virtual left-right, two party system with all the baggage that this model can bring to a country.

Such a strict ideological split with only two contending parties is neither desirable nor inevitable and in their strategic voting choices, Canadians should factor in the long-term political health of the country in addition to the immediate issues at hand.

Mr. Harper and his Conservative government is clearly pushing us to polarize: these catch-all omnibus bills are examples of the actions of a chip-on-the-shoulder, law and order, socially conservative and long marginalized viewpoint that now holds the reins of power and is using that power to play as much catch-up as possible.

The natural reaction would be for those holding equally entrenched but opposing views to push back and hard…and thus we could be relegated to having polarized national debates on important issues rather than ones based on censuses respecting many points of view.