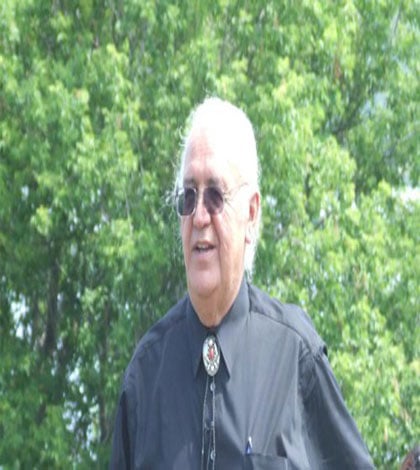 M’CHIGEENG—While the Minister of Energy may have put a good spin on the current issues facing First Nations when it comes to major energy projects in Ontario, they mean nothing if the First Nations’ concerns are not addressed, including the lack of capacity of Ontario’s power lines to carry electricity to the markets in southern Ontario.

“He put a good spin on the whole situation about the progress made in places like Thunder Bay and southern Ontario,” stated Joseph Hare, chief of the M’Chigeeng First Nation, after attending a meeting last week with Bob Chiarelli, Ontario Minister of Energy, to get First Nations input on changes to Ontario’s Long-Term Energy Plan (LTEP). “My interest and concern is with this area, Manitoulin, Sudbury all of Northeastern Ontario. We don’t have the power line capacity. What is the point of building more energy projects when we can’t move this hydro? Mr. Chiarelli didn’t commit to moving on this either.”

“In the south the province is meeting the needs of the power lines and providing enough capacity, but not in the North,” said Chief Hare. “So this meeting was disappointing in that sense.”

Mr. Chiarelli had indicated that with every major energy project in Ontario crossing their traditional territory, First Nations have not been properly consulted about how projects develop. He was quoted by Northern Life as saying the consultation process with First Nations was not respectful, and the province wants to begin a new format, working in partnership with First Nations. He said the province is providing the ways and means for First Nations to participate, and they will continue to move forward on that.

Mr. Chiarelli also suggested the plan has been a successful, in part because of the involvement of First Nations and Métis communities. Since the plans were launched, 230 participants from 80 First Nations have taken part in meetings, producing 1,000 reports and 7,800 responses form an online survey.

Lawyer John Beaucage, who has facilitated all six meetings, praised the process so far as a major improvement, but said the First Nation concerns and ideas have to be addressed in the revised energy plan.

Part of the process includes increasing the capacity of Ontario’s power lines so they can carry the electricity to the markets, which is paramount, said Chief Hare. Currently there is no way to transport it to southern Ontario, and there are no lines sufficient to carry what is produced.

“The province is not doing anything with the backlog from Sault Ste. Marie to Sudbury, Manitoulin-Espanola and the North-South line to Toronto, the transmission lines in place can’t take more electricity the way they are currently,” said Chief Hare. “But they can produce this and ship this power in Northwestern Ontario and the south. In fact they gave 2,500 megawatts to Samsung.”

Chief Hare pointed out, “We brought these issues forward about five years ago with the five ministers. We brought up the same problems for our area, and nothing has been done since. So to hear the minister say what he was saying is kind of hollow when he talks about how much the province has done. When promises are made year after year and nothing is done, you tend not to believe anything is going to happen, and I told the minister so.”