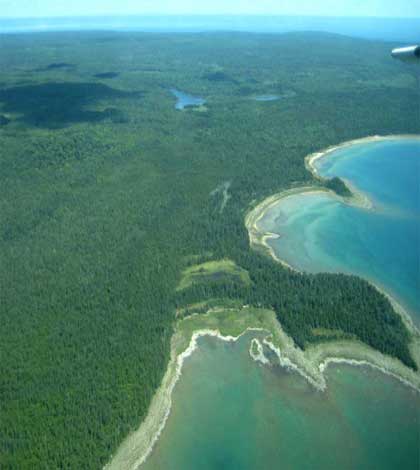 GUELPH—The program manager for the Nature Conservancy of Canada (NCC), John Grant, has addressed comments and concerns raised by Burpee-Mills Township concerning information on the Ontario Municipal Partnership Fund (OMPF) and the OMPF Allocation Notice, as well as the mechanics of the OMPF assessment equalization grant component for NCC purchased lands in the township.

As reported previously, Burpee-Mills Reeve Ken Noland said that his council was “misled” by Mr. Grant concerning the Ontario Municipal Partnership Fund and the 20012 OMPF allocation notice for the township and understanding the mechanics of the OMPF Assessment Equalization Grant component. Mr. Noland has said that once lands are purchased in a municipality and designated conservation land, not only do the municipalities lose tax dollars, they lose provincial funding as well.

In an open letter to Mr. Noland dated October 4, 2013, Mr. Grant states, “this open letter is in response to a quote attributed to you in the September 27 edition of the Manitoulin West Recorder. I can assure you that I was sincere in the opinions I expressed to Burpee-Mills council members in our working meeting in early August, in which I shared copies of information concerning the Ontario Municipal Partnership Fund (OMPF), downloaded from the Ontario Ministry of Finance website. The exercise was to use the OMPF 2012 Technical Guide and the OMPF 2012 Allocation Notice for your township to try to understand the mechanics of the OMPF Assessment Equalization Grant component, which I understand is responsive to a municipality’s weighted assessment.”

“For example, when properties become exempt from tax through the Conservation Land Tax Incentive Program, a municipality’s weighted assessment base decreases,” wrote Mr. Grant. “Once total weighted assessment is below the funding threshold for this grant, a municipality benefits from an increase in funding. The 2012 OMPR technical manual notes that the Assessment Equalization Grant component’s objective has been to assist municipalities with limited property assessment due to lower property values and limited non-residential assessment.”

“You will recall that I also encouraged the municipality to do its own research regarding the calculations and the status of the OMPF,” wrote Mr. Grant. “I felt that the collaborative review of this subject we had in the meeting was productive, as were the associated email exchanges. Knowing that maintaining revenues to cover municipal budgets is an important issue, particularly on Western Manitoulin, I believe that the Nature Conservancy of Canada and other leaders in Ontario’s conservation community would be willing to provide constructive input if Burpee-Mills council, the Manitoulin Municipal Association and other key parties enter into discussions related to the Conservation Land Tax Incentive Program.”

However, Mr. Grant’s letter has drawn more concerns from Mr. Noland. “This loss of tax dollars and revenues is not just an important issue, our municipality’s survival depends on it. I’m sure if there were no municipalities and fewer residents who object to the NCC, they (NCC) would have a much easier job in having tax exempt properties.”

“Mr. Grant has adopted a very patronizing attitude towards all residents of Northern Ontario,” said Mr. Noland. “His open letter tells partial truths, ignoring the realities of the negative effects of tax exempt land designations on all Manitoulin Island municipalities. The bottom line is not only do we lose provincial funding we lose tax dollar revenues. The NCC needs to be paying taxes like everyone else.”

“In the last paragraph of his letter where he says the NCC and other leaders in Ontario’s conservation community would be willing to provide constructive input if we and other municipalities enter into discussions related to the Conservation Land Tax Incentive Program, we don’t need constructive input into the Conservation Land Tax Incentive program, we just need the rich southern donors to pay the tax lost by all municipalities in Northern Ontario,” the reeve said.

“Does Mr. Grant believe that Islanders are not aware of tactics of subterfuge? We as Islanders are as astute as our southern neighbours and as astute in recognition of blatant attempts to deceive,” continued Mr. Noland. “How can anyone consider the loss of tax dollars to be a benefit for any municipality?”