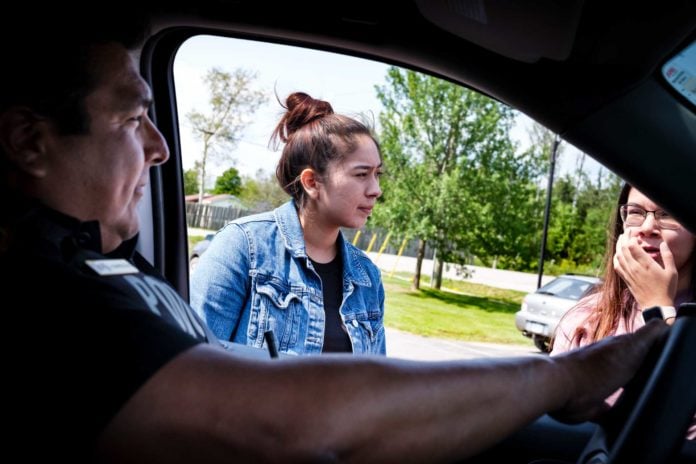 ﻿OTTAWA—Ontario Regional Chief Glen Hare called on municipal delegates at the Association of Municipalities of Ontario (AMO) conference last week to support First Nations in their efforts to make police officers and detachments comparable in terms of funding support and resources provided, as it does for municipal and Ontario Provincial Police (OPP) detachments.

“I asked the municipal representatives to support us and our police services when we call on the government to deem our police essential services,” Chief Hare told The Expositor. “I said, ‘your police officers are the same as ours, they go to the same training school, but the government won’t recognize our police services as essential.’ They go to the same training school but when they are finished this training First Nation personnel are recognized as constables, not officers, and they don’t receive the same support.”

“With the pandemic all communities everywhere are faced with people having mental health issues. It is probably worse with the police. Our officers are in dire need of more mental health support, additional personnel and resources,” said Chief Hare. “I told them too many of our police officers are suicidal because of mental health concerns.”

“The police, the very people we run to when we need help, need our help,” said Chief Hare. “The government needs to come forward with more support and help.”

Chief Hare said during the COVID-19 pandemic, First Nations and leaders were able to work well with the government for three years. “We were holding meetings virtually every day of the week. Now, along with the pandemic, we have a couple of more concerns with monkeypox and the drug problem in all our communities. It’s out of control. To protect our young people, all our people from drugs, the first one people call is the police. But who is protecting the officers themselves in terms of mental health?”

“These officers see things that no one should have to see,” stated Chief Hare. “They go home after a fatality or murder case and have to deal with the mental part of this with very little support.”

Chief Hare explained, “First Nations police services receive $750-$1,000 support per officer for mental health support per year from the government. Municipal police officers receive $25,000 per year per year and even that is not enough. There is something wrong there; we need our police services deemed essential so they would receive the same support in this and every aspect of policing.”

“I advocated at the meeting that we all need to work together as municipalities and First Nations,” said Chief Hare. “There were 1,500 people in the (AMO) room, I’m standing up here by myself with one First Nation chief and another First Nation leader. We have a long way to go.”

“I told the premier you are giving more authority and powers to municipalities, and that we need that type of support of our police as essential services,” continued Chief Hare. “Our officers and the OPP should be proud to walk together shoulder to shoulder with the same supports and recognition as being essential.”