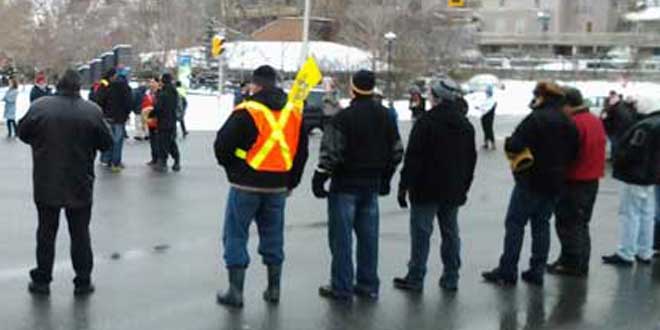 ‘The do gooders arrived with a Bible in one hand, whisky in the other and a gun in the luggage’

In case anyone should suffer from the illusion that racism against Native Canadians is over in Canada and Peace and Reconciliation are now smeared like honey across the land, we have Peter Best’s letter to reassure us that nothing has changed. Oh yes, we shut down the residential schools but we have not shut down or changed the attitudes of those who ran them.

Mr. Best’s letter tells us that Chief Madahbee is wrong, Mr. Best is right. Like most white settlers before him, Mr. Best knows best. He knows what is good for “them,” i.e. aboriginal youth. Nothing new there. We are told that a “Natives only” school system as proposed by “Native elites,” whatever that is, I have never met one, would not be good for them. The schools they want “would not be good for aboriginal youth. In fact it would be harmful to them.” Mr. Best knows what is good for them. Is he trying to protect them from their own innocence, folly, elitism and leadership? What a generous guy. Just one more do-gooding settler.

In case these arguments are not persuasive enough, Mr. Best does what the white colonials always did and they have not changed. They elicit God and the Bible, which they first appropriated from the Jews, a form of theft now called ‘cultural appropriation.’ There, take that and see if you can argue with God. Peter Best cites Acts 17-26. “God made of one blood all nations…” This must have been white European blood which is of course the best kind because God must have known best. Socrates is supposed to have said: The unexamined life is not worth living. I think he was right on.

The do gooders arrived with a Bible in one hand, whisky in the other and a gun in the luggage. In the background the Queen waved her blessing. Then went back to counting treasure in the counting house. I learned this as a child. “The queen was in the counting house counting out her money.” Wouldn’t it be nice if we examined our own lives, history and promises broken and then started telling the truth, or even better, listening to other people’s truths?