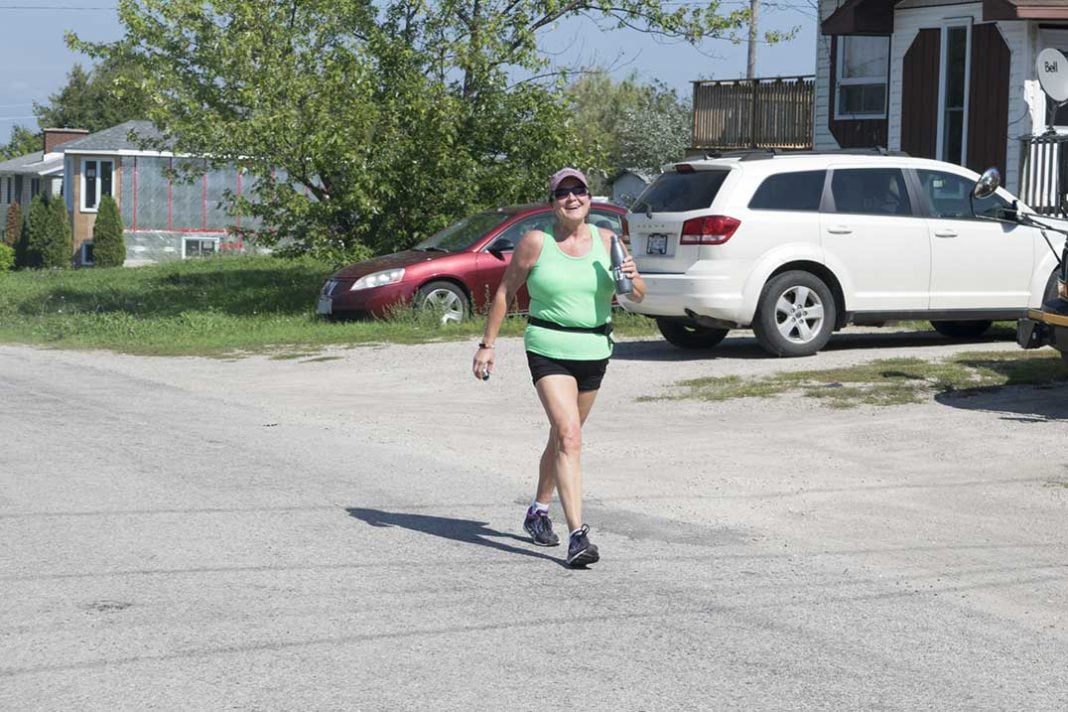 LITTLE CURRENT—This year’s Terry Fox walk/run brought 34 runners and 12 volunteers out to Low Island on the hot, sunny afternoon this past Sunday, September 16.

At the start of the event, organizer Joanna Rosenbaum addressed the gathered crowd and thanked all her volunteers for helping with the event, including the Manitoulin Amateur Radio Club (MARC) which had its members around the course to assist in navigation and making sure all runners were accounted for.

She had a special announcement of her own, too: This was to be her last year organizing the event, a job she has done since she took over in 2009.

“I hope the new team will make it bigger and better,” said Ms. Rosenbaum. There are normally two runs every year, one in Little Current and the other in Silver Water. This year, the Little Current event was the only one to take place.

Runners could choose between one, two, five and 10 kilometre routes based off two templates: A one-kilometre loop around Low Island could be completed twice to reach two kilometres, and the on-road route out to North Channel Drive had a short extension past the five kilometre marker to turn it into a 10 kilometre loop.

MARC members were stationed along the route to keep an eye on the participants and make sure there were no emergencies that went undetected.

“It is always a load off my mind,” said Ms. Rosenbaum.

Participants noted the extreme heat, especially on North Channel Drive, which concerned the organizers and MARC members. However, everybody seemed to manage just fine, including Akasha Piche who ran the 10 kilometre route in flip flops. AUTHOR’S NOTE: The Expositor does not endorse this technique to other runners.

Marcel Gauthier, Northeast Town councillor for Ward 3, thanked the town grocery stores for donating ice and water to keep runners cool and hydrated. He was present to represent the town as well as walk along the route.