ST. GEORGE – Another war medal belonging to one of Manitoulin’s sons has been repatriated, thanks to the help of Dave Thomson, who has helped Island families be reunited with their war dead’s commendations on more than one occasion.

Mr. Thomson called The Expositor last week to share the news that he had discovered yet another war medal from Manitoulin for sale on eBay. The Memorial Cross belonged to Walter Raymond Aelick, who was born in Sandfield on April 8, 1907, son of Ira and Agnes Aelick.

According to Manitoulin Genealogical Society President Norma Hughson, it is unlikely that he saw active service overseas. Ms. Hughson did come across a notation in her research that showed that Mr. Aelick died from an illness related to an inoculation he received upon entering the armed forces.

On Monday morning, Mr. Thomson called Ms. Hughson to share the news that he was the successful bidder for Mr. Aelick’s medal, which he won for $293 Canadian. It’s now up to others to raise the $293 and see the war medal shipped back to Central Manitoulin.

“People can send me an e-transfer or I take cold, hard cash,” Ms. Hughson chuckled.

Pat Costigan, a member of the Central Manitoulin Historical Society, has circulated the information among her members, hoping to help raise some of the funds. Mr. Aelick’s medal will likely be displayed at the Pioneer Museum in Mindemoya, she said.

Tracking war medals and reuniting them with either family or community is a real labour of love for Mr. Thomson, who this newspaper has written about in previous articles including two medals brought back to South Baymouth, both of which are now featured in the Little Schoolhouse and Museum.

He has bid on over 1,000 medals and brought them to their rightful owners; over 300 of which were Memorial Crosses, his favourite medal to find. “They’re the most important medal we chase.”

He is also responsible for the addition of 12 veterans Canada-wide to their local cenotaphs who were overlooked for one reason or another. Mr. Aelick is an example of this. His name does not appear on the Manitoulin District Cenotaph nor the Tottenham Cenotaph. Mr. Aelick was living in that community, near Alliston in southern Ontario, at the time of his attestation and is where he is buried. Mr. Thomson said he would be approaching the local Legion branch by week’s end to note this omission. 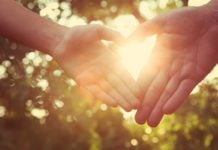 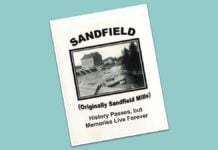 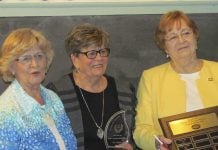