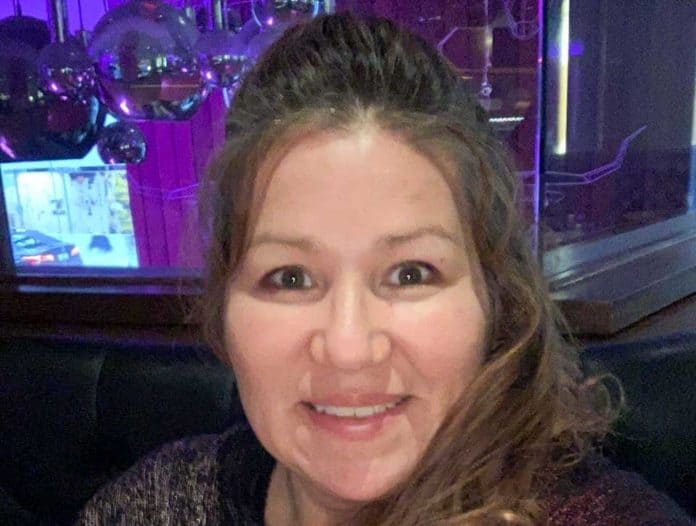 “I never expected this. I’ve been involved with a lot of community initiatives over the past few years; it just seems like something I do naturally. It was a really nice surprise to get the award,” said Ms. Trudeau.

The award takes its name from Jody Randall Waddilove, a turtle clan member of the Munsee-Delaware Nation who died in 2017 after a 30-year career in social services administration. His daughter, Justice Jodie-Lynn Waddilove, summarized the significance of the recognition.

“This award is presented every year to a member of ONWAA, to an administrator who embodies some of the values that my father embraced. This award honours his contributions and service and his 30 years of leadership and advocacy,” she told a virtual gathering during which Ms. Trudeau received her award.

Ms. Trudeau has worked for Wiikwemkoong Ontario Works for 22 years and became the administrator in 2018. She has a certificate in First Nation social services administration, a business administration degree with a focus on management, a human resources management degree and an executive diploma in municipal management, all of which she secured while working in her full-time role.

She also represents Wiikwemkoong at the Chiefs of Ontario social services roundtable and is the community’s representative on the Anishinabek Nation/Union of Ontario Indians joint First Nations table within the Ministry of the Solicitor General.

Working in social services has proven busy during the COVID-19 pandemic, with many people needing extra supports to sustain themselves and their families as jobs disappeared and regular ways of life ended abruptly. Ms. Trudeau became the community’s team lead for its community food security group during the pandemic, which included organizing food distribution, care packages and supportive programs like the educational gardening program.

“We had 250 households in the gardening program and we assisted with tilling, plowing and acquiring seeds for them and having tools like tillers to borrow. A lot of people produced a lot of food for themselves; that in itself provided a lot of pride that they were able to do that and not rely on the sources available through stores,” she said.

Her food security work has extended into on-the-land harvesting through her organization of community hunts, mainly for moose, and inviting hunters to donate some of their meat to the community freezer.

“We’ve served 220 households and had another round the following week that would service another 80 households with just one donation,” she said.

Food security and community members missing skills to provide for themselves is an especially important issue for Ms. Trudeau, who grew up involved in fishing, hunting and outdoor living.

“Land-based activities can teach so much, like teamwork, being respectful to the environment and your group members, and responsibility. We had up to 128 people we took out on the land and taught them practices they didn’t have the opportunity to learn,” she said.

Children as young as 10 years old were welcome to take part in the hunt if they wanted to learn the related life skills. Ms. Trudeau said she has heard from many people who took part as children who are now in their 20s and 30s and still carry on those traditions to provide for themselves, their families and elders in the community.

“I think it’s important that we invest our time in our youth and really teach them how to take care of each other in the community and our elders,” she said.

Ms. Trudeau’s contributions also extend to  the Wiikwemkoong Minor Hockey Association as a coach and youth mentor over the past two decades. This newspaper featured her extensive volunteer work in its April 10, 2019 issue as part of its commemorations during volunteer week.

“Her nomination speaks to her dedication and commitment to being a positive support and role model in her community and to our nation as a whole,” said Justice Waddilove. “Shelley is well respected and admired by many.”

Wiikwemkoong Ogimaa Duke Peltier celebrated Ms. Trudeau’s accomplishments in a letter to commemorate her accomplishments since starting with Ontario Works as a finance officer.

“Her proactive approach, dedication and humble long-standing service has allowed Wiikwemkoong Ontario Works to grow from a place that provides basic financial and employment assistance to a progressive community-based social assistance program improving the quality of life of the people it serves,” he wrote.

Ms. Trudeau is “a proven leader with strong commitment to social development in the community and we look forward to continuing to see what her dedication will bring to Wiikwemkoong,” he concluded.