OTTAWA–‘Don’t like the rules? We’ll have them changed.’  That seems to be the message of the Conservative government who have systematically removed roadblocks that stand in the way of exporting raw bitumen from Canada. So far they have put time limits on environmental assessments, removed the teeth from the Navigable Waters Act and de-listed all but a tiny fraction of Canada’s waterways from the Act’s protection as well; and gutted the Fisheries Act to the point where it no longer protects fish habitat.  All of these were outlined in a letter sent to the Minister of the Environment by the Canadian Association of Petroleum Producers ahead of the 2012 Omnibus Budget that magically included those very same items.

If that wasn’t enough, there is a new development that will make it easier to create a terminal port for the proposed Northern Gateway Pipeline in Kitimat, BC that environmental groups are saying fits the mold of smoothing the way for oil exports.  It is the downgrading of the threatened status for Humpback Whales under Canada’s Species At Risk Act (SARA).  Now, we are told by our government that the humpbacks are doing so well they can be considered a ‘species of special concern’.  It is a dramatic turnaround for a species that only received threatened status nine years ago, but before anyone starts celebrating it is important to understand what the change in status means.

If a species is considered threatened under SARA, they receive special protection which includes protection of critical habitat.  Once that classification has been removed, the protection of that habitat is lost.  For Humpback Whales, the critical habitat where they raise their babies is near to the proposed terminal in Kitimat.  Luckily for oil exporters, they will no longer have to worry about protecting the habitat or the whales if they are able to secure the port – that in itself is another story since the residents of Kitimat have recently voted against the terminal in a referendum.

Ultimately is it hard to believe a species could rebound so dramatically in just 9 years.  Humpback populations have been reeling from overharvest for more than half a century.   A more likely reason for the updated status is surely the difficulty it would have created at Kitimat.  The Harper government have been unabashed proponents of an oil driven economy and have consistently dismissed every environmental concern related to that industry.  The approach is dismissive and leads critics to connect the dots to expose the degree to which the deck is being rigged in favour of oil exporters.

Canadians deserve better!  The government should have a more balanced approach with respect to the cost of production (largely environmental) and the degree to which foreign ownership and the export of raw bitumen limit Canadian advantage in terms of profit, domestic jobs, and domestic supply.   On that last point, we are seeing prices at the pumps soar based on speculation related to tensions between Russia and the Ukraine.  Despite the fact that we are an oil producing nation, we are not even able to translate that into an advantage (or protection) for our own consumers.  So perhaps the environmental groups are on to something, because when the dots are connected to form a picture, it is entirely clear whose side this government is on. 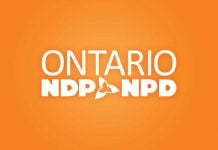