M’CHIGEENG – United Manitoulin Island Transit (UMIT) founding board members continue to hold bi-weekly meetings at KTEI in M’Chigeeng as they hope have buses running this spring.

Members continue to work on strategic foundations with the project that shows the context that everyone depends on personal mobility, but a problem of transit poverty cuts off immediate and long-term opportunity, family connectivity and potential.

Guy Dumas, UMIT chair, told members that he had spoken with the municipality of Central Manitoulin CAO/clerk about the UMIT consultant, Wally Beck, of Transit Consulting Network, being retained by council to assist the group in carrying out transit service implementation as proposed under the community transportation grant program. This motion was passed at the council meeting January 23. Councillor Steve Shaffer confirmed that the first installment of the grant funds for UMIT has been deposited and he believes this is about $25,000 to $30,000. These funds will probably go towards the consultant’s fees.

Mr. Beck has outlined the steps he has taken as the UMIT consultant as follows: grant submission assistance, liaison and discussions with the province regarding the grant details, liaison and solutions discussed with the Ontario Highway Transport Board (OHTB) and Central Manitoulin relative to AJ Bus Lines obtaining a public vehicles (PV) licence, liaison preliminary negotiations with the taxi industry and the role they can play, liaison with Ontario Northland relative to enabling Island residents to travel to the ONTC bus transfer point in Espanola, assistance with the formation of the UMIT co-op and liaison with the Cooperation Council of Ontario (CCO).

Mr. Beck also outlined the steps still needed to take place. These include finalizing the route and service schedules, negotiating the service provider contract with AJ Bus Lines service as well as negotiating with the taxi industry to provide a feeder service to the bus service, selecting the fare collection and GPS technology for revenue maintenance, vehicle tracking and monitoring and the identification of safe bus stop locations which will require municipal approval and identification of bus stop benches and potential advertising revenues.

Other steps to be taken include determining who the transit ‘champion’ could/should be and their role and compensation in conjunction with the role that AJ Bus Lines will play based on the agreement and determining how the municipalities can qualify and obtain the dedicated transit gas tax based on municipal spending requirements.

Mr. Beck also said that an update of the transit operation pilot program budget to March 31, 2023 will be needed. He believes that with the amount of work left to be done, UMIT will not be able to put buses on the road until June while UMIT is looking at an April 1 deadline. UMIT notes that a lot of the steps outlined by Mr. Beck can be done by the executive director.

There are eight applicants for the position of UMIT executive director and the board members will meet soon to discuss a hiring seminar to be held shortly.

UMIT will also be adding more board members to the multi-stakeholder structure to bring the total number up to 12 and will select the chairperson, vice-chair, secretary and treasurer at the next meeting. 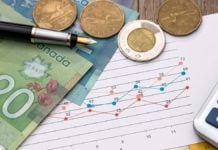