MANITOULIN—Although details are still a little scarce on the ground, significant progress has been made in negotiations between Wikwemikong and the United Chiefs and Councils of M’nidoo Mnising (UCCMM) during a summit held at the Manitoulin Hotel and Conference Centre this past week, and a memorandum of understanding will soon be signed between the Municipality of Killarney and Wikwemikong heralding cooperation on economic tourism development in the region covered by the Wikwemikong Islands claim.

Both Wikwemikong and the UCCMM have claims negotiations ongoing involving a large group of islands in the North Channel and Georgian Bay. Unfortunately, those claims overlap to some extent, complicating what is already a highly complicated process. While the provincial government has been able to continue its conversations with Wikwemikong over the islands claim, thanks to an agreement between Wikwemikong and the UCCMM to abide by the decision of a “court of competent jurisdiction” over matter of the conflicting boundaries of the claims, the federal government, a key player in the process, has pulled back until there is a resolution to the issue.

“I think we have found a pathway forward through the specific claim for the islands,” said Wikwemikong Chief Duke Peltier following the meeting at the Manitoulin Hotel and Conference Centre.

Wikwemikong had entered a claim on the islands several years ago, but in April-May 2013 the UCCMM and Whitefish River First Nation launched an overlapping claim. “It complicated the negotiations we were having with the federal and provincial governments,” noted Chief Peltier. “We had a number of meetings since they launched the claim in 2003,” he added. “Today we came together and we had some mutually beneficial discussions that defined a path forward for both UCCMM and Wikwemikong. There are still some matters that need to be worked out internally, but the path we have found will meet the needs of the courts and that both levels of the Canadian government can support.”

It was important to the First Nations involved that they chart their own course on resolving the issues, said Chief Peltier. “We have the capacity to determine our own resolution. Gone are the days when an outside party will determine the fate of our people.”

Chief Peltier pointed out that the flawed 1862 Treaty had “limited our brothers and sisters to small pieces of land,” a process that flew in the face of what had been brokered in the 1836 Bond Head Treaty.

As to some of the concerns raised by local property owners in articles printed in the southern media, Chief Peltier was conciliatory, pointing out that the original stories proposed by those outlets contained a great deal of misinformation. “What was finally printed was a lot less off the mark than what they originally had as the story,” he pointed out. “I think a lot of the concerns have to do with a lack of education of the true history of the country we call Canada.”

As a result of the concerns that had been raised, Chief Peltier and members of his team met with the mayor and councillors from Killarney. As a result of those discussions a historic memorandum of understanding (MOU) detailing their intention for cooperation on economic tourism development in the region has been negotiated between Wikwemikong and Killarney. The municipality passed the MOU last November. “My council endorsed it in January,” he said.

The two parties are to gather for an official signing ceremony on Thursday, February 18 at 4:30 pm.

“We intend to take the same MOU to the other municipalities who have…let’s loosely call it an interest, in the islands negotiations,” said Chief Peltier. 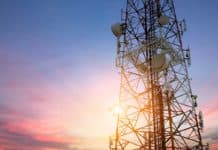