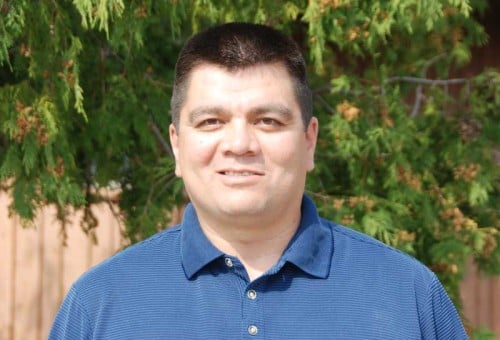 WIKWEMIKONG––“Totally unacceptable,” said Andrew (Stitch) Manitowabi when asked about the federal government’s response to the Wikwemikong Lands and Resources department concerns about several leaking oil wells that threaten the community’s watershed and its water supplies.

Wikwemikong Chief Duke Peltier said that he was not aware of any significant analysis of contamination having been conducted.

Mr. Manitowabi noted that the wells in question have been leaking significant amounts of thick black crude into the land for many years, some since the early 1950s, and that the small test holes dug by the federal government’s consultants are totally insufficient to ensure that the health and safety of the community is protected.

“We need the Canadian government to sit down with us and formulate an agreement that will deal with this issue properly,” he said.

The band contends that the federal government had allowed oil companies to come onto reserve lands and drill for oil and gas a number of times in the past. “They made a mess and the companies were supposed to clean up behind themselves, but the Canadian government did not do their due diligence to follow-up and make sure those companies did an adequate job cleaning up their mess,” said Mr. Manitowabi.

“There were roughly 40 to 50 wells drilled in Wikwemikong,” said Chief Peltier. “A significant number of them are leaking and have been for many years.”

The band is currently pursuing negotiations to have a more in-depth assessment of the leaking wells and the extent of soil and water contamination from those leaks.

Chief Peltier noted that his community has unusually high incidents of cancer in the population.

“Due to the topography of Wikwemikong and where the oil wells that we do know of are located, it would not be unreasonable to speculate that there are concerns with the community water supply,” said Chief Peltier. The chief stressed that there was no concrete cause for concern for the community, or evidence of contamination in the water supply, but that there needs to be a proper assessment done of the threat posed by the contamination and effective steps taken to remediate any such contamination.

“We are just trying hold the oil companies accountable,” he said. “This is our community and the future of our children is in our water. It is something we hold sacred and we are not going to take it for granted.”

A video of one of the leaking pipes can be found online at youtube by searching for Wikwemikong Oil Products.