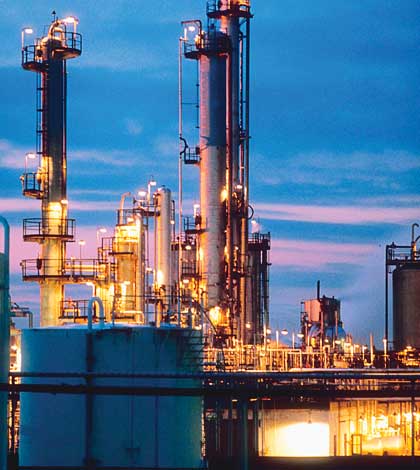 SUPERIOR, WI—A collective sigh of relief could be heard rising from Great Lakes environmentalists and conservationists with the news that the Wisconsin Department of Natural Resources has rejected an application by Elkhorn Industries to repair 700 feet of docks in the small Wisconsin community of Superior. The dock repairs were part of a plan to expand shipping of Bakken shale crude and Canadian tar sands across the Great Lakes to refineries in the American midwest and eastern Canada.

“We are heartened that the Wisconsin government has listened to the local community as well as communities around the Great Lakes,” said Maude Barlow, national chairperson of the Council of Canadians. “The ministry is doing the right thing by pressing pause on this bigger project to ask more questions about the plan to ship tar sands and fracked oil through the Great Lakes.”

The rejection comes on the heels of news that Calumet Specialty Products LP had temporarily suspended plans to construct a terminal near its Superior refinery to ship crude due to a lack of investment partners. The word ‘temporarily’ comes into play as the corporation is still reportedly seeking the necessary permits.

“The fight to protect the Great Lakes from irresponsible and short-sighted oil projects is far from over,” said Emma Lui, water campaigner with the Council of Canadians. “Calumet’s oil barge dock is on the radar of US, indigenous and Canadian groups and communities and Calumet can expect a lot of noise if it tries to push this plan through.”

Nevertheless the issue is likely to stay live over the long term as the cost benefit analysis is highly favourable to the shipping route over rail and the battle over pipelines continues to drag its way through hearings and the courts. Estimates of the cost differentials are $3.50 a barrel to ship on the Great Lakes compared to as much as nine dollars a barrel to ship by rail.

Shipping oil on the Great Lakes is not new, with more than 3.7 million tons travelling out of US ports in 2010 and even more moving between Canadian ports, particularly Thunder Bay. Massive 400-foot-long barges, each capable of hauling 118,000 barrels of heavy oil products, are a nightmare for water guardians like Mike Wilton, founder of Algonquin Eco watch, who expressed surprise at the news of the plan.

“It just seems to be coming at us from all directions,” said Mr. Wilton, who described the news of the rejected dock plans as “good news out of the blue.”

“We are at a crossroads now, with companies starting to seek permits for new oil terminals,” said Lyman Welch, director of the Alliance for Great Lakes Water Quality, in a press release. “Before our region starts sinking money into shipping terminals for the Great Lakes, our task should be to ask ‘if’ rather than ‘when.’”

“That is the problem that keeps cropping up,” agreed Mr. Wilton, referencing the current federal government approach to tar sand development. “Development takes place before research. That is backward.”

The issue is compounded on both sides of the border. A report by the Alliance for the Great Lakes, ‘Oil and Water: Tar sands crude shipping meets the Great Lakes?’ describes the regulatory regime in the US as ‘Wild West-like.’ “The prospect of tar sands shipping on the Great Lakes gives rise to fundamental social and economic questions about whether moving crude oil by vessel across the world’s single largest surface freshwater system is a venture this region wants to embrace, despite its known risks,” reads the report. The report cites industry speculation on the probable destination of the crude travelling from Wisconsin. “Industry observers and consultants speculate this crude could travel from Wisconsin across Lake Superior to Lake Michigan and on to refineries in Whiting, Indiana, Lemont, Illinois and possibly Detroit Michigan near Lake Erie. Other potential destinations include Sarnia on Lake Huron or even an east coast refinery.

The pressure building up behind a sea of processed heavy oil out of the tar sands of Alberta as delays to the Keystone pipeline and Enbridge’s Alberta Clipper/Line 67 bottleneck the flow, has the industry casting for viable means to move the product to available refineries.