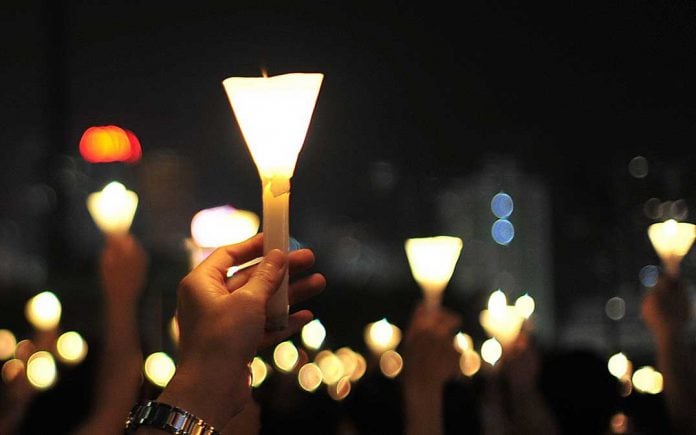 Part I of a series

MINDEMOYA – December 6 was the 32nd anniversary of the Montreal Massacre. On that day in 1989, 14 women were murdered, and many others injured, when a man entered an engineering classroom at Montreal’s École Polytechnique, asked the men to leave the room and began shooting the women left behind. Canada’s Parliament has since designated December 6 as the National Day of Action on Violence Against Women. Manitoulin Family Resources (MFR) held a virtual candlelight vigil to remember those women and to call for the prevention and elimination of gender-based violence.

That action was misogynistic, fueled by a hatred of women and a desire to see them subordinate to men, Ms. Jol stated. “The man entered an engineering classroom. He asked the men to leave the room and then started firing upon those women. After, he then roamed the corridors of the university, searching for more women to kill before he ended his own life. In a letter, he stated his frustrations who took opportunities from men, and shared further names of women he planned to kill.”

The violence hasn’t stopped since 1989. Ms. Jol asked attendees to also reflect on those lost during the Toronto van attack on April 23, 2018. The van driver was part of the ‘incel’ movement, she explained. Incel refers to involuntary celibacy and it’s a movement motivated by revenge, based on perceived social and sexual rejection by women.

We should turn our mourning for the tragic loss of life into a commitment “to fight the systematic hatred and oppression that leads to gender-based violence and violence against women,” she said. December 6 is part of the 16 days of activism against gender-based violence. It’s an annual and international campaign that starts on November 25, the International Day for the Elimination of Violence Against Women and runs until the tenth of December, Human Rights Day. The campaign was started by activists at the Global International Women’s Institute in 1991 and is coordinated each year by the Centre for Women’s Leadership.

Gender-based violence are those actions that are taken by one or more people to intentionally cause harm to someone based on their gender and can take physical or emotional forms. It can be name calling of someone based on their gender, or it can be hitting, pushing, shoving, stalking, harassment, control, manipulation, preventing someone from leaving a space, or sexual assault. Gender-based violence can happen anywhere, within families or romantic relationships, at home, work, school or within communities.

Sixty-seven percent of Canadians know a woman who has experienced physical and sexual abuse, noted Ms. Jol. “The risk of gender-based violence increases with additional discrimination barriers, such as having disabilities, being Black, Indigenous or a person of colour, or marginalized by being homeless or underhoused and don’t have access to services that meet their needs, especially in rural or remote areas. Women living with a disability are three times more likely to experience violence.”

Sexual assault is another form of gender-based violence with women representing 92 percent of police-reported sexual assault. People who identify as homosexual or bisexual have higher risks and experience six times higher rates of sexual assault. It’s the only violent crime in Canada that is not currently in decline, Ms. Jol said. “Approximately 4.7 million or 30 percent of all women aged 15 and older have been sexually assaulted outside of a sexual relationship at least once since the age of 15.”

Sexual assault refers to “sexual assault contact behaviour that occurs without the express consent of the victim,” said Ms. Jol. “When I say consent, I mean verbal and more or less enthusiastic consent for an explicit sexual act or touching. Not saying anything is not a yes. No is not a yes. Moving away is not a yes.”

She also spoke about human trafficking as a form of gender-based violence, largely affecting women, girls and sexual and gender-diverse people. Human trafficking includes the grooming, recruiting, transporting, holding, isolating victims to exploit them or to help someone exploit them, generally for sexual purposes or for work. Sex trafficking affects all demographics but particularly impacts people who lack support networks, have fewer economic opportunities, or that have previously experienced violence before.

The majority of human trafficking in Canada occurs in urban centres but in Ontario, it mostly happens on our 400 series highways. “Victims are moved from hotel to hotel being sold to different people who are buying sex along the highway,” Ms. Jol said. “We are located between Sault Ste. Marie and Sudbury, which are two very large hotspots for human trafficking and within the community, Indigenous women and girls and the LGTBQ communities are overrepresented in human trafficking.”

Why does gender-based violence remain so prevalent in our society? “Gender inequality, unequal power relationships, widespread sexist sociocultural ideas and structures that reinforce the idea that needs and structures, rights and beliefs of men are more important and are more current those of women, girls, and gender-diverse populations. Gender equality is not only fundamental to human rights but a necessary foundation for a stable world.”

“Working in this violence against women work for quite a while and being a feminist my whole life, it’s still overwhelming seeing everything that has happened and all the work that needs to be done to reduce gender-based violence in our communities,” Ms. Jol said.

The COVID-19 pandemic has only amplified the gender-based violence we see in our community, she added. “I see it in the work that I do, and I want to take a moment with all of you who were able to join us this evening, to take a few moments to remember those who have lost their lives, those who continue to be harmed by gender-based violence, and to reflect upon our role as we move forward in reducing GBV in our community and in Canada and the world.”

Expositor Staff - January 26, 2022
MANITOULIN - To provide more room to accommodate clients and immunizers, Public Health Sudbury and Districts (PHSD) has advised that a new location has...