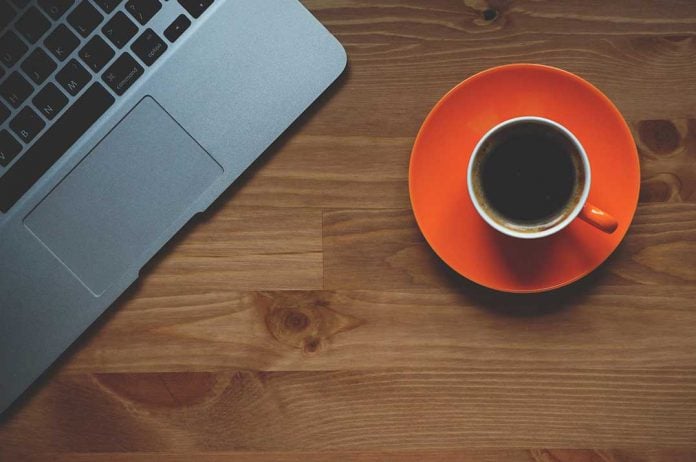 SUDBURY—A recent study released by Workforce Planning for Sudbury and Manitoulin supplied a statistic that was startling at first glance. The study, covering the quarter from July to September 2017 and reported by some off-Island media, suggested that there was a grand total of 29 employment opportunities to be found in the Manitoulin District during that period—but like many stories, there are a plenty of devils to be unearthed when you take a close look at the details, and sometimes even an angel or two.

Workforce Planning for Sudbury and Manitoulin (WPSM), the folks who commission the reports on employment for our region, is an agency funded through the Ministry of Advanced Education and Skills Development (formerly Colleges and Universities).

“We conduct research and provide labour market information on industry and workforce trends from both a supply and demand perspective,” explained WPSM Executive Director Reggie Caverson when contacted Monday by The Expositor. “WPSM connects stakeholders from various sectors, collaborates on partnership projects, activities and programs to address current and emerging labour market issues and supports economic growth and development.”

WPSM is one of 26 workforce planning boards across the province that are seeking to gaze into a crystal ball comprised of data mining, web bots and the arcane sciences usually practiced by actuaries to discern current and future trends in employment. It isn’t a exact or perfect science, but it is providing some picture of what the future for employment may be for Manitoulin and Sudbury.

“The report is based on online job postings,” explained Ms. Caverson. The information going into the report is based on data collected by a net bot employed by a company contracted by WPSM. That net bot seeks out the postings online at sites such as Workopolis and the Canada Job Bank and then rationalizes them to weed out duplications.

“They tell us that the online postings will account for about 55 percent of the jobs,” noted Ms. Caverson, “so it is just one window into the job market.”

A quick tally by The Expositor of its own online job bank indicates that assumption may be flawed. “We had 43 job postings in July, 62 job postings in August and 23 job postings in September,” said Expositor webmaster Dave Patterson. “But if it is a web bot they are using and if I don’t recognize it, we have probably blocked it. I have found that too many web bots out there are malicious and they tend to chew up an enormous amount of our server’s capacity.”

Mr. Patterson suggested that the company utilizing the bot should contact him to ensure that their bot has access to the job bank. “Gathering the data for employment and education planning is a legitimate goal,” he said. But smaller online businesses leaving themselves wide open to the Wild West of the Internet can be a recipe for financial and privacy disaster.

As to the larger online job markets there are issues as well. “On Manitoulin there are a lot of smaller companies and posting to some of these online services can be very expensive,” noted Ms. Caverson. “We were looking at posting an opening for an intern on Workopolis and it would have cost $700. It’s very costly.”

But attempting to chart a course through the shoals of the future is an important goal at many different levels and needs to be attempted despite the challenges.

“It is a big issue on a lot of fronts,” agreed Ms. Caverson. “We are the only ones who are really looking at the issue across every sector.” Other studies tend to focus on sub-genres of the market, such as health.

Ms. Caverson noted that the Manitoulin online job posting numbers were higher in the previous report and that the numbers have improved on the yet to be released data.

“The good news is that employment is going up overall, both in the Sudbury and the Manitoulin Districts, it’s going up slowly to be sure, but it is going up nonetheless, and that is a good thing,” she said. “A lot of the jurisdictions in the North are not going up at all. They are experiencing shrinking demographics and an aging population.”

The good news contained in the data is that Manitoulin appears to be bucking that Northern trend.

WPSM works with a number of sector partners, such as LAMBAC and government agencies such as FedNor and the Northern Ontario Heritage Fund Corporation, colleges, universities, health organizations and large corporations that are major players in the economy to try and plot a course for the future.

There is a lot contained in the report besides the online job numbers, notes Ms. Caverson. “For instance there are 103 business licences issued on Manitoulin in the agricultural sector,” she said. It is the largest sector, followed by the retail trade and construction. “The newest data that has come out shows that there are 1,052 business licences in the Manitoulin District,” she said. “But 61 percent of those businesses have no employees.”

In fact, the Manitoulin economy is powered primarily by what are termed microbusinesses, those employing zero to four employees. “That’s 81 percent of the businesses, but hardly a surprise.”

WPSM keeps tabs on which employment sectors are seeing increases and which are going down. “There is a lot of impact coming from robotics, we are already seeing it with automated checkout stations in stores and automatic teller machines.”

The organization reports their findings back to the education sector so that colleges and universities can better plan their course offerings, should they so choose. Too often, however, there is a troubling gap as colleges, like any business, are focussed on attracting students to their campuses and that means giving people more of what they want rather than what they need.

“There are 11 colleges offering police foundations and paramedic programs,” she said. “There is a high demand for the courses, but there are no jobs.” Meanwhile, other sectors are challenged to find enough employees to fill the vacancies being created by a workforce that is aging out employees faster than new ones are coming in.

Ms. Caverson said that she hopes the information being supplied by her agency will help educational institutions and private companies rejig their training regimes to meet the challenges of the future, particularly in the North.

“There are companies that are growing in the North, an economy that is growing and creating jobs,” she said. “It would be nice if those jobs could be filled by the people living here, rather than companies having to import workers.” Ms. Caverson gave anecdotal examples of construction companies having to bring workers onto Manitoulin Island from Sudbury.

Another big concern is succession planning, particularly with the microbusinesses on Manitoulin Island.

Ms. Caverson said that she hopes to see a number of workshops set up to assist business owners in tackling the many issues that come with planning for the day that a business owner is no longer able, or willing, to continue to operate their business.