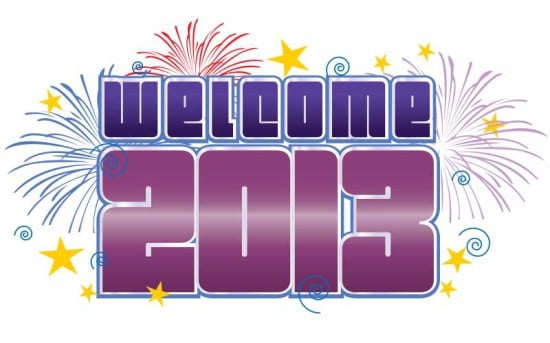 There were, however, some notable events last year that merit a mention as we begin 2013.

The Manitoulin Centennial Manor, as noted in stories in the final weeks of the year in this paper, was able to negotiate forgiveness of money deemed by the Ministry of Health and Long-Term Care to have been overpaid by the government during the period when the Manor was making upgrades and was not accepting new residents.

This forgiveness of well over $400,000 is a signal accomplishment for the Manor board and its administration and with this weight lifted, this will make the notion of examining expansion to a continuum of care model much more palatable. Indeed, at the Manor’s celebration of its 45th anniversary in late November, MPP Mike Mantha hinted that the Manor could look at an expansion of services when he made his remarks.

The Northland Power wind farm project will proceed at its McLean’s Mountain site just west of Little Current. The company successfully overcame a vigorous public information and public relations battle with a dedicated group of local volunteers who had banded together as the Manitoulin Coalition for Safe Energy Alternatives (MCSEA).

The wind industry has the support of the provincial government through its Green Energy Act which, in effect, eliminates any local municipal objections to projects such as that of Northland Energy.

In spite of this, MCSEA and Northland Power waged a battle based on information from both “pro” and “con” perspectives so people on Manitoulin should be about as well-informed on the merits of these kinds of projects as any group of citizens in Ontario.

In the agricultural sector construction of the Manitoulin Community Abattoir was basically completed by the end of 2012 with processing of local livestock planned to begin this winter. Dining on locally-raised meat will no doubt become a more widespread option.

Blue Goose Farms came to Manitoulin in 2012 and began purchasing good farmland to expand the company’s organic farming model from BC to Central Canada. This, plus the community abattoir, must be seen as plusses in the agricultural industry on Manitoulin.

The spring, summer and fall were unusually dry on Manitoulin and Island people were served with the longest “no burning” period in recent history as a result. Last winter was also dry and Manitoulin had to wait until March to experience the one and only snowstorm that made its appearance here.

While that one storm brought lots of heavy, wet snow that broke branches and caused power outages, the snow had melted by the middle of the week following the weekend storm.

All of these situations contributed to the lowest-ever water level Lake Huron has experienced in recorded history and by the first week in December, this was indeed the case.

The Chi-Cheemaun ferry service is undergoing a major consultants’ review which, hopefully, will help mitigate the steady decline in ferry traffic the service has been experiencing over the past half-decade.

The community of Wikwemikong elected a brand-new chief in 2012, Duke Peltier, while Zhiibhaasiing First Nation returned Irene Kells to the chief’s office where she continues her record as the only chief the community has had since it acquired its new reserve (adjacent to Sheshegwaning) more than 20 years ago.

The year of 2012 saw its share of public action protests. An anti-wind farm demonstration was held in Little Current in the late spring, some members of the Sheguiandah First Nation camped out along Highway 6 in the late summer, early fall to demonstrate concerns they had with the band chief and, at year’s end, Manitoulin residents joined the ‘Idle No More’ demonstration events in Sudbury and at the Highway 17 and 6 intersection at Espanola.

As significant as any protest, a group of Wikwemikong elders came together as the Wiky Grannies, briefly blockading the road connecting their community to Manitowaning. They were protesting the disruption in the community resulting from the black-market sale and misuse of (mostly) prescription drugs. Their actions certainly focused community concerns and, in fact, resulted in the resignation of the incumbent chief shortly prior to the scheduled election.

There were many, many other events of note on Manitoulin last year, but this short list is designed to give readers a reminder of how busy Manitoulin is and how various are Island activities.

So here we are in 2013, the ‘Year of the Bridge’ when many events (especially in the summer months) will highlight 100 years of service of the swing bridge that spans the North Channel at Little Current.

What we’re predicting, in any event, is another busy year! 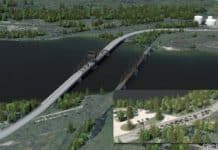 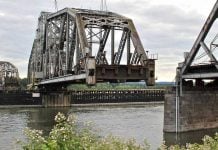 Final recommended plan for swing bridge to be shared in 2020