GORE BAY – The Gore Bay general government committee is forwarding a recommendation to town council to have an ad hoc committee formed to investigate the pros and cons of four options to be considered for garbage collection in the town, and to invite feedback from the community.

“I’ve heard it from ratepayers who tell me ‘why isn’t the town providing garbage pickup in town,’ when we are paying thousands of dollars in town to share in the costs of the transfer station,” stated Gore Bay Councillor Kevin Woestenenk, who is also chair of the general government committee, at a meeting held last week.

Committee member Ron Lane said, “I would be in favour of the recommendation as long as we are talking about a comprehensive plan, not only including just residential but commercial (business) garbage pickup as well. That’s my concern, that any option chosen covers everybody.”

Town treasurer Michael Lalonde told the committee that he and town clerk Stasia Carr recommended council have an adhoc committee formed to look at the options. He said preliminary cost figures and options have been provided at this point and more will be gained as the issue is discussed and investigated further on the options available to the town.

Mr. Lalonde outlined that work  has been done to investigate the financial cost of options for the removal of residential and commercial waste and recyclable in the Town of Gore Bay. The research  based on four options: remain status quo (continue using the transfer station);  curbside pickup with the town using its own purchased vehicle; Green for Life (GFL) providing curbside pickup; or E360 conducting curbside pickup.

The Town of Gore Bay currently participates in a transfer station agreement that requires all members of the community, including residents and businesses and other organizations to bring their waste to a central location. As requested by council, a study of options regarding waste management in Gore Bay has been initiated. It is also understood that there are alternatives to the Espanola landfill that are being considered for the future of waste disposal but are not considered part of this report.

The option of status quo, the agreement currently in place with Gordon/Barrie Island, is a shared agreement which has Gore Bay paying 62.1 percent of the costs of operating the transfer station and Gordon/Barrie Island contributing the remaining 37.9 percent. The 2021 total transfer station budget as approved is at $223,000.  External contracts related to this program include a contract with GFL and with H Dodge Haulage. GFL’s contract is due to expire on June 30, 2021 and initial pricing estimates with GFL to remove all waste products will see an increase of 2.5 percent in a  new contract which has been factored into the 2021 transfer station budget. The status quo will cost the Town of Gore Bay $138,500 in 2021 and assuming an inflation rate of one percent will see that cost grow to approximately  $140,000 in 2022.

The first option being  considered for curbside pickup is based on the town purchasing a waste management vehicle that would be manned by public works staff. It is assumed that pickup would be once per week for garbage, the committee was told. Waste would continue to be moved to the H. Dodge landfill. Based on research it has been determined that there would be no means under this option for the removal of recyclables. In order to provide recycling service the municipality would require a contract with an outside contractor with access to facilities either in Blind River (GFL) or  Sudbury (E360).

The option for curbside pickup by GFL would see the company providing all waste management services in Gore Bay. This program would have all garbage being moved to Espanola and recycling would move to Blind River. GFL has provided estimates based on 450 residents and 47 non-residential entitles. The prices quoted, a total of $150,014, are based on garbage pickup each week, comingle and cardboard picked up on alternating weeks (garbage/comingle, then garbage/cardboard).

As well, the option of curbside pickup contracted with E360 would see the company provide all waste management services in Gore Bay. This program would have all garbage being moved to Espanola and recycling would be moved to Sudbury. E360’s quote of $142,690  is based on a  per hourly basis with the expectation they would be able to service the entire town within an eight hour day with one truck. The prices quoted would be based on garbage pickup one week and recycling pickup the following week. The service would provide for curbside pickup for small non-residential entities (pharmacies, Legion, courthouse etc.). A collection service for larger businesses would be possible including the ability to provide residents with the ability to deal with garbage more than the bag minimum.

“I have one question. Is pickup in town in addition to the transfer station, or would this be gone?” asked  committee member Ron Lane.

This would have to be determined by the adhoc committee and council, said Mr. Lalonde. Several options could be considered, such as the town having its own transfer station, having an agreement in place with Gordon/Barrie Island for residents, paying tipping fees and other options, Mr. Lane was told. This is something the adhoc committee would be recommending to council after further discussion and research.

Mr. Lane noted his second question has to do with commercial  waste.

Both companies have several options that could be considered by the committee, Mr. Lalonde said. Currently, businesses and institutions in town take their garbage to the transfer station but others have their own  dumpsters. A system that is equitable and options would need to be looked at and considered.

Mr. Lalonde stressed that everything at this point is preliminary and that is why setting up an adhoc committee and bringing forward all options from both companies would be part of the committee’s research before making a recommendation to council.  Councillor Jack Clark said he would put forward a motion for an adhoc committee to be formed to discuss all options.

“We should keep pushing forward on this issue,” stated Councillor Kevin Woestenenk, “especially if costs are going to continue to increase and the town is paying the larger portion of costs at the transfer station. We need to provide services for our residents.”

“We should continue to move forward and try to find a solution by the fall,” said Mr. Woestenenk. “We should be able to make decisions on all options in the next three or four months.”

It was pointed out by Mayor Dan Osborne that the transfer station committee had requested that bags of garbage taken to the transfer station be added by station attendants to clarify which community the majority of the garbage is coming from. “In September will have a full year of these statistics so this can be included (in the adhoc committee and council’s deliberations).”

The committee put forward the recommendation to council to have an ad hoc committee formed. 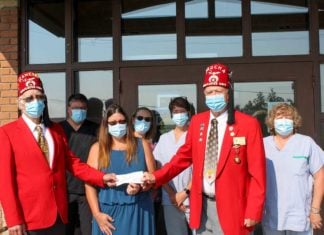 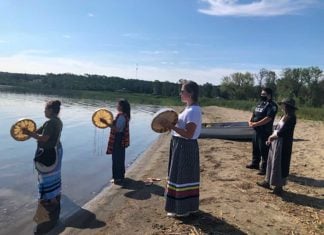