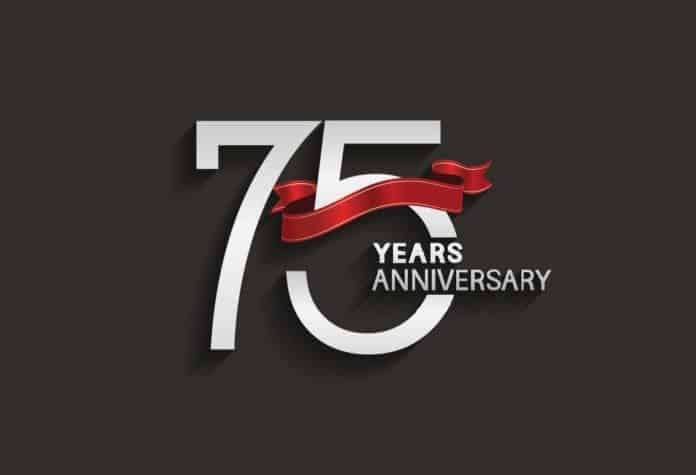 ﻿LITTLE CURRENT—In 1945, a 20-room private residence located on Meredith Street in Little Current was purchased by the Roman Catholic Diocese of Sault Ste. Marie and opened to the public as the St. Joseph Hospital. Sister Reginald was the first administrator. Records held by the sisters show an active hospital auxiliary was established that same year, 1945. In 2020, 75 years later, the present Manitoulin Health Centre Auxiliary is continuing those good works and helping to deliver quality patient care, albeit with diminished membership.

Recorded minutes throughout the auxiliary’s history give us an idea of the variety of volunteer activities and the members involved. Minutes from 1949 demonstrate the auxiliary’s role in providing linens. “Sewing on hand includes 11 pair of private patient sheets, 39 ward sheets, 24 draw sheets, 24 baby sheets, 105 baby gowns and 10 dozen diapers.”

Minutes from the September 21, 1949 auxiliary meeting discuss the purchase of a new piece of equipment for the hospital, which it was decided, should have a public demonstration. And while they were at it, the auxiliary decided to tack on a fashion show, tea and bingo to go alongside that demonstration!

In 1952, the auxiliary gave the then-St. Joseph’s Hospital an advance of $300 to go toward its new cardiograph machine. The minutes of that time were filled with the usual talk of fundraising efforts, such as teas, bake sales, bazaars, bridge tournaments and even plays.

The chronic care patients (about 24) also received special attention. Shampoo basins, curlers, pins and accessories were provided: a gallon of hairdressing solution was donated by Mrs. Ashley, patients had their hair done. Paint by number sets, wool, writing materials etc. were purchased and members provided lap robes as well as giving their time to write letter, read to patients, help with handicrafts and many others activities—anything to provide comfort and help a chronic patient look and feel good about themselves.

Chronic care patients enjoyed diverse activities, often extending into the community. There were concerts, plays, choir, dances, picnics and parties. One of the special comedic and musical entertainments was Charlie Farquharson and his wife Catherine McKinnon, brought to Little Current by the auxiliary and thoroughly enjoyed by the chronic care patients.

And there were teas: Christmas, Easter, St. Patrick’s, Hospital Day, Halloween and Summer.

In 1971, a motion was made by Joanne Bouquet, seconded by Dorothy Stephens, “that we have a yearly bursary of $50 to be given to an outstanding student in the nursing field.” (The bursary is now $500 x two.)

“In addition, donations were made to the building fund, crash cart and other ongoing projects of the time,” a note from the auxiliary’s 60th anniversary states. “The most outstanding contribution all members throughout the 60-year history have given is the gift of time—volunteer hours!”

“Times change, needs change,” the 60th anniversary note continues. “The active auxiliary members change but the philosophy of assisting in every possible way in the interest of patient care remains constant. Those who set the pace in the past have given current members a challenge.”

While long-time auxiliary member Madeleine Charlton can no longer give of her time and efforts, she does still support the auxiliary through donations.

“I like to volunteer,” she tells The Expositor of why she joined the auxiliary. “I wanted to help and shortly after I joined, someone had to be the auxiliary representative on the (hospital) board, so I did that.”

Ms. Charlton has fond memories of her time with the auxiliary, calling it a “worthwhile organization.”

“If you want to help and don’t have a lot of money, it’s a good way to volunteer,” she adds. “They certainly do a lot of good and it helps a lot of people.”

Marion Henry’s name figures prominently in the minutes of the late 1950s and 1960s. Mrs. Henry was a nurse at St. Joseph’s Hospital and wife of the late Dr. Jack Henry. As the wife of a physician, Ms. Henry said it wasn’t expected of her to join, but she and many other nurses did, which was common in those days.

“The auxiliary was very active,” Ms. Henry recalls. “It was a lot of fun—it was a nice social outing.”

She says she is proud of the good works the auxiliary did in raising funds to help the hospital out. “Boy, they did a lot of good work, and every organization in town helped too.”

Ms. Henry remembers the major fundraising push the auxiliary held to see the new addition of St. Joseph’s Hospital through. “It was exciting, my goodness.”

The creation of the tuck cart figures strongly in the memories of many former members who spent years of their lives baking, cooking and hosting for the auxiliary, including Phyllis Turner, Jean Ridley and Donna Corbierre.

“It was a really nice group,” Ms. Ridley says fondly. “And I really enjoyed taking that tuck cart around to patients.”

Ms. Corbierre and Ms. Ridley began the tuck cart. For the uninitiated, the tuck cart is wheeled around to in-patients at the hospital and includes snacks like chocolate bars and other treats as well as other items the patients might like to have during their stay.

“Austin Batemen built it and it was a big, heavy wooden cart with glass inserts in it,” Ms. Corbierre recalls of the original tuck cart. “It took two people to push it.”

In March 1963, a tuck shop was discussed, which became the aforementioned tuck cart built by Mr. Bateman of Little Current at a cost of $35. The new cart was displayed at the January 1964 meeting.

The tuck cart provided service to patients during visiting hours on Tuesday afternoon and on Friday evenings.

Ms. Corbierre noted that the tuck cart was created because it was thought to be a needed element for patient services, and it still exists today.

“Unless family came in, no one was there to provide treats to the patients, and it provided a social aspect, with members having a little visit with the patients,” Ms. Corbierre explains.

Ms. Corbierre has fond memories of the auxiliary in the 1960s. “I remember all the nice outings and the discussions surrounding what to buy the patients for Christmas.” To this day, the auxiliary still purchases presents for all the patients who find themselves in hospital at Christmas, usually in the form of a cozy blanket.

“The sisters were there when I started out in the early 1960s and we couldn’t have asked for better leaders—they were so grateful for the things we did,” Ms. Corbierre, who is a lifetime member of the both the Little Current auxiliary and the old provincial organization of hospital auxiliaries, adds. “We were a very good group, very involved, and we always had such great support.”

Ms. Corbierre notes the continued importance of the auxiliary to this day.

Debbie Heise is the current secretary and has been an auxiliary member since Ms. Corbierre invited her to an evening out after Mr. Heise had given birth to her first child in 1976.

“Donna Corbierre called and invited me to a meeting and a ‘night out’,” Ms. Heise recalls. “I went home with the treasurer’s book.”

“I’ve always volunteered and thought that volunteering was worthwhile,” Ms. Heise says, reflecting on her motivation for joining the auxiliary. “That, and it’s a very worthwhile cause.”

“My memories of the good old days is that I miss the camaraderie we had with the staff,” the treasurer shares. “Staff used to be a big part (of the auxiliary). Doctors and nurses used to be big supporters and came to all our events.”

There was always fundraising to be had, even if it meant driving through blinding snowstorms to pick up vats of soup from members for that day’s luncheon, Ms. Heise, who is also a lifetime member, laughs. “It just seems like the blink of an eye.”

“Our numbers are diminished now,” she continues. “New members are always welcome, but it’s so hard to get people to volunteer. The few that we do have, though, I must say are eager beavers.”

The cookie walk, held each November in the lead-up to Christmas, was the brainchild of Ms. Heise. But after it became hard to find volunteer bakers, and attitudes toward food changed, the annual fundraiser was cancelled a few years ago in favour of the ‘bakeless bake sale,’ on now.

“Our efforts mean patients at the hospital have free cable television and headsets,” Ms. Heise continues. “In Sudbury, it’s something like $6 a day. We also provide gifts for patients and Christmas and the New Year’s baby.”

“If you can give of your time, or open your pocketbooks, we sure would appreciate it,” the treasurer adds. “We’re hanging in there—there’s not many auxiliaries left—I just hope that everyone remembers us and appreciates us.”

Carole Labelle joined the auxiliary upon her retirement from a teaching career, about a decade ago, and with the encouragement of neighbour and lifetime auxiliary member Marilee Hore.

Ms. Hore first joined in September of 1965 when she started work at the hospital. “I was always raised to join these things, to volunteer, like my mom did—it was engrained in me.”

New to the community, Ms. Hore said volunteering with the auxiliary was a great way to get to meet new people.

She recalled fondly the grand old days of teas, which were classy affairs with the ladies all dressed in hats and gloves.

Ms. Hore has many wonderful auxiliary memories, especially with her time as HAAO chair. “That was a great honour for me.”

“I like working directly for patient services,” she added. “It’s a great organization.”

“I always wanted to follow in my mom’s footsteps, so I joined,” Ms. Labelle said, noting the many childhood memories of her mom, Rachel Charette, being involved in auxiliary fundraisers. “She was always busy with that.”

Ms. Labelle said she loves everything about being an auxiliary member. “Having people say ‘we so appreciate what you do’ is really rewarding. It’s just a really nice time, a good group and I like that we’re helping Island-wide and everybody, not just a certain group.”

Ms. Labelle encouraged others to think about becoming an auxiliary member. “Our members are getting older. A lot of people might think it’s a big commitment, but it’s once a month and it’s not that bad, and there are no meetings in the summer. New people would mean new ideas.”

Current president Dawn Orr said she was proud of the current group of members who are “committed and devoted to helping out patients at the hospital. It’s a real joy to work with these people.”

“We’re following a long legacy of people who have helped with the hospital—male members and female members, which makes the group really interesting.”

Ms. Orr said that even though we’re in the midst of a pandemic, the auxiliary is still there and doing their best to help.

“We thank everyone for their support; if it wasn’t for the community support, none of this could be happening,” Ms. Orr said, also encouraging new members to join.

MHC CEO and president Lynn Foster joined Mindemoya Auxiliary president Judy Mackenzie in offering her congratulations to the auxiliary on this milestone occasion (the Mindemoya Auxiliary celebrated 50 years in 2019). “On behalf of the MHC team, I am pleased to wish the MHC Auxiliary a happy 75th anniversary,” Ms. Foster said. This is a wonderful opportunity to extend a sincere thank you for the many countless hours our auxiliary volunteers have given in the pursuit of their mission to support MHC. Prior to COVID, I attended a casserole dinner. The music, the meal and the fellowship was delightful and made for a perfect start to the evening. Happy 75th from your MHC partners!”