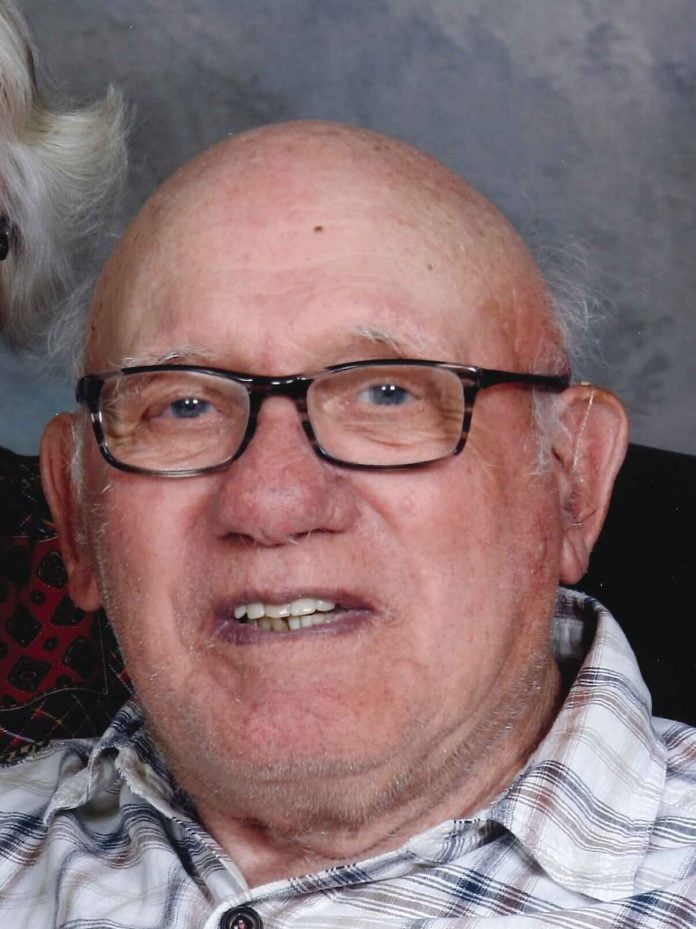 BEREND HIETKAMP
In loving memory of Berend Hietkamp, who passed away peacefully in his home surrounded by his family on December 17, 2021. Bea is survived by his wife of 62 years, Debbie and his children, Jeff (Wendy), Mike (Carol), Caroline (Chris), Doug and Nancy (Kevin). Bea is lovingly referred to as Opa by 15 grandchildren, and three great-grandchildren. Bea is predeceased by his older brother, Gerrit (Elisabeth) and is survived by his siblings Betty (Harry), Geraldine, John (Nancy), and Bert (Bev). He also leaves behind his brothers-in-law Derek Verstege and Bertus Koeslag (Dineke) and sister-in-law, Annie Luesink. Berend first came to Canada as a teenager in 1953 and began his life in Harriston, farming with his family. After meeting Debbie, while working in the bank, they married and eventually made their way to Manitoulin Island in 1961 and purchased Clover Hill Dairy along with his parents, Albert and Johanna Woestenenk and his sister and brother-in-law Betty and Harry Vander Weerden. Bea was an active member of the community of Gore Bay. He dedicated a lot of his time to the Rotary Club and to the Gore Bay United Church. He spent some time on the school board, as well as coaching Caroline’s high school volleyball team. He is well known in Gore Bay as the “milk man” and was very interested in the community and the people who live there. He had a keen interest and curiosity in people and within a few minutes of meeting someone new, he will have discovered who they are, where they are from, who they are related to,and where they live. He is affectionately referred to as “the big, friendly giant” by his Dutch relatives. His family appreciates the deep support and love of the community. Our sincere thanks to his caregivers, Ruth, Beth, Amy, MaryAnne, and Dr. Shelagh McCrae. A private funeral was held at Lyons Memorial United Church on Sunday, December 19, 2021. Memorial donations may be made to the Cancer Society of Canada or to the Lyons Memorial United Church in his name through SimpsonFuneralHome.ca Internment will be in early spring.