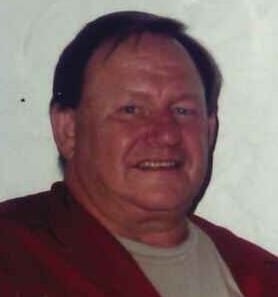 BOB BORTON
Bob Borton passed away peacefully at his residence on Sunday, April 4, 2021, at the age of 87. Beloved father of Barry (Jani) of Angus and Nick of Gore Bay. He will be sadly missed by his grandchildren Katie (Grant) Garland, Nicholas (Dallas) Borton, Brittany (Daniel) Wyman, Stephanie (Jarvis) Debassige as well as great grandson Greyson. Dear brother of Vernon and Harold. Predeceased by his wife Iris; parents Nicholas and Georgina (Ouellette) Borton; brothers Bernard, Hank, John, George, Peter; sisters Dorothy and Mary. Bob was a veteran of the Canadian Navy and served his country in the Korean War as a true patriot. Both of his sons followed in his footsteps and proudly served this country. Bob retired from Falconbridge, where he worked for over 30 years, and moved to Gore Bay to start a hobby farm. He was an avid hunter, fisherman and outdoorsman. Bob thoroughly cherished his family and looked forward to his grandchildren visiting him. At Bob’s request, there will be no funeral service. Cremation has taken place. Memorial donations may be made to the Heart and Stroke Foundation as expressions of sympathy and may be made through SimpsonFuneralHome.ca.