CANADA—NDP leader Jack Layton passed away at his home in Toronto on Monday, following a battling with cancer.
Mr. Layton took a temporary leave of absence as party leader on July 25 to fight a second bout of cancer, leaving Hull-Aylmer MP Nycole Turmel as the party’s interim leader.

Many Canadians speculated at just how ‘temporary’ Mr. Layton’s leave would be after a photo of him was released shortly after his announcement where the image was of a frail man, clearly in very poor health. Many Canadians, however, were still shocked when his death was announced early on Monday morning.

“We deeply regret to inform you that the honourable Jack Layton, leader of the New Democratic Party of Canada, passed away at 4:45 am today,” announced his wife, MP Olivia Chow in a statement from herself and his children Sarah and Michael Layton. She also stated that, “he passed away peacefully at his home surrounded by family and loved ones.”

News of Mr. Layton’s death hit Island NDP supporters especially hard. Paula Mallea of Ice Lake told The Expositor, “I felt like I had been kicked in the stomach when I heard the news.”

“The good die young,” she added. “He had impeccable values and was a true gentleman. He never descended to the mud-slinging that other politicians have lowered themselves to and his example should be followed.”

“I am deeply sadden,” NDP MP Algoma-Manitoulin-Kapuskasing Carol Hughes, told The Expositor on Monday. “He will be remembered for his passion, vision and dedication. We will regroup as a party to ensure that his legacy lives on and that his hopes and dreams for the party and the nation are fulfilled.”

“Jack had time for everybody,’ said Ms. Hughes in a press release on Mr. Layton’s passing. “He always enjoyed visiting Algoma-Manitoulin-Kapuskasing and connecting with the people here. In recent years, he had visited Elliot Lake, Manitoulin Island, Massey, Espanola, Hearst and Kapuskasing and looked forward to returning to see even more of the area.”

In Mr. Layton’s final days he wrote a letter to share with the public, which he entrusted to his wife.

His letter is addressed to, “dear friends,” and Mr. Layton thanks the many Canadians who had written to him during his illness, wishing him well.

“I want to thank each and every one of you for your thoughtful, inspiring and often beautiful notes, cards and gifts,” he wrote. “Your spirit and love have lit up my home, my spirit, and my determination.”

He recommended that Ms. Turmel continue as interim leader until a permanent successor is elected.

To his party he wrote, “it has been a privilege to lead the New Democratic Party and I am most grateful for your confidence, your support and the endless hours of volunteer commitment you have devoted to our cause.”

To the NDP parliamentary caucus, he noted that it had been a privilege to have worked with everyone and that, “our caucus meetings were always the highlight of my week.”

He reached out to other Canadians who were, “on their journey to defeating cancer and to living their lives.” He wrote, “please don’t be discouraged that my own journey hasn’t gone as well as I had hoped. You must not lose your own hope. Treatments and therapies have never been better in the face of this disease. You have every reason to be optimistic, determined and focused on the future.”

“My only other advice is to cherish every moment with those you love at every stage of your journey, as I had done this summer,” he added.

Mr. Layton made a special note in his letter to young Canadians. “All my life I have worked to make things better. Hope and optimism have defined my political career and I continue to be hopeful and optimistic about Canada. Young people have been a great source of inspiration for me. I have met and talked with so many of you about your dreams, your frustrations and your ideas for change. As my time in political life draws to a close, I want to share with you my belief in your power to change this country and this world. I believe in you.”

To Canadians, Mr. Layton wrote, “Canada is a great country, one of the hopes of the world. We can be a better one—a country of greater equality, justice and opportunity.”

Mr. Layton will be remembered as an inspirational leader and, to many, the most successful NDP leader of his time.

“Although Jack has passed on, his message and ideals will continue to inspire us and will be the compass by which we guide ourselves as we continue our import work,” Ms. Hughes commented. 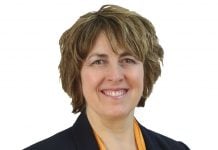 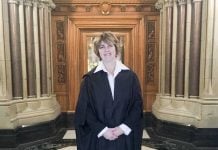 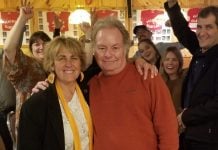 Carol Hughes returned in AMK by a landslide

Tarrin Grimolfson loves his chef gig at Codmothers’ and his role...

Expositor Staff - February 24, 2021
Tarrin Grimolfson is a newcomer to Gore Bay. He was born in Winnipeg and has spent most of his years in Manitoba...

Expositor Staff - February 24, 2021
This week, the COVID-19 vaccine will be offered to more groups of eligible recipients in Sudbury and districts. Currently, only those eligible, based on...