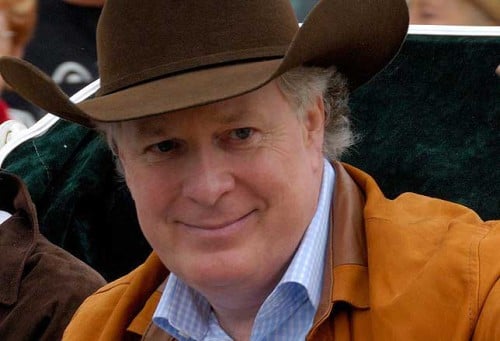 Pauline Marois has been the premiere-elect of the minority Parti Quebecois government in Quebec’s National Assembly for over a week now.

Hers is a separatist party and so she promises yet another referendum on Quebec’s future with the Canadian federation.

We’ll see, as time goes by, how much interest Quebecois voters have in revisiting that emotionally-charged topic once again.

A major outcome of last week’s election in Quebec was the forced retirement of nine-year Liberal premiere Jean Charest whose party came up short by four seats to Ms. Marois’ PQ minority and who lost his own seat in Quebec’s Sherbrooke region in the process.

Mr. Charest immediately tendered his resignation as provincial Liberal leader and so his party, in its capacity as Official Opposition in the next session of the Quebec National Assembly, will also be seeking a new leader.

Mr. Charest is something of a Canadian political hero and it is to be hoped that history will reflect his 28 years in federal and provincial politics in this way.

Federally, Mr. Charest was elected as a Progressive Conservative MP, coming to Ottawa as a rookie Quebec MP as part of Prime Minister Brian Mulroney’s massive national win in 1984 that included a record number of Conservative MPs returned from Quebec.

Mr. Mulroney managed two majority governments, retired as party leader and in the 1993 election (Kim Campbell had taken over as party leader) the federal Tories were reduced to two seats in a national backlash to the Progressive Conservative government’s imposition of the Goods and Services Tax (GST).

Mr. Charest was one of those two survivors who, along with New Brunswicker Elsie Wayne, kept the Tory flag fluttering, if not quite flying, in the House of Commons.

And so he and Mrs. Wayne set in the Commons for the next few years as the rump of a once-proud party while the Reform Party came into its ascendency.

Mr. Charest’s finest hour was yet to come, however, that pushed him out of the rank-and-file run of policitians and put him on the road to the heroic status that, hopefully, history will accord him.

The Liberals under Prime Minister Jean Chretien were in power in Ottawa and the Parti Quebecois, under Premiere Jacques Parizeau, had ousted Robert Bourassa’s Liberals and were idealogically bent on saying au revoir to their participation in Canada.

Prime Minister Chrietien basically recruited Mr. Charest to not only change parties but, as provincial Liberal leader, to champion the ‘Non’ side in the 1995 referendum on Quebec’s succession from Canada.

A fervent Canadian nationalist, he took on this role and vigorously helped in the effort to squeak out a 51 percent ‘Non’ victory.

In the next provincial election (his first of three successive Liberal majority Quebec governments) he was elected premiere and the Quebec Liberals remained in power for nine years, until last Tuesday’s election.

Mr. Charest is one of those people whose experience and ideals coalesced at a moment that was precisely the right one for Canada.

He had been respected enough in his home province to have been “kept on” in the national rout of Tories in 1993 and this personal popularity and respect gave him the bona fides to seriously help to challenge Premiere Parizeau’s well-oiled ‘Oui’ political machine in the 1995 referendum.

Mr. Charest is a man who has risen to the task on a number of important occasions and the country owes him an enormous debt of gratitude for not only having ideals but of being prepared to take these ideals to battle.

He has been a public official for all of the right reasons and part of his legacy must surely be as a leader who lived his ideals.